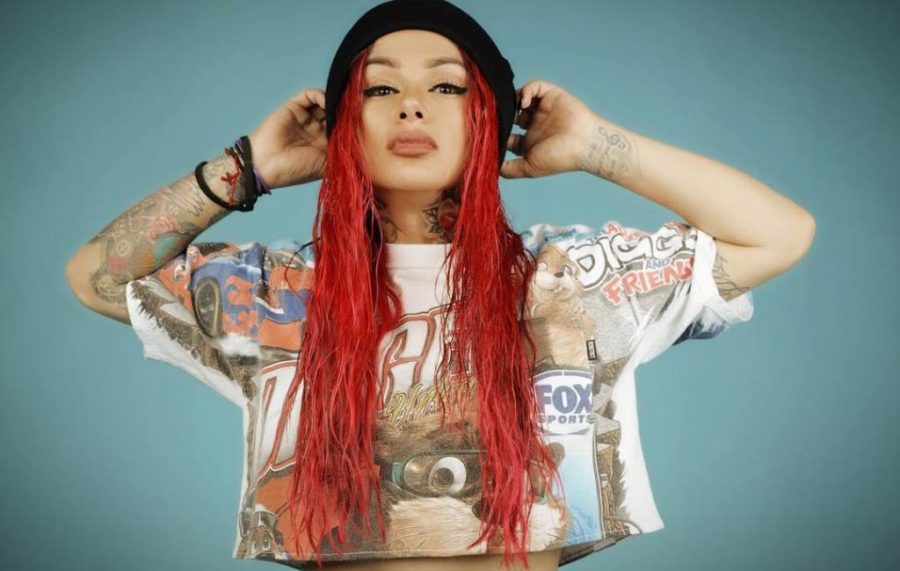 Interview: Snow Tha Product Reflects On Her Career As She "Vibes Higher"

An unbothered Snow Tha Product is getting ready for her listening party for her newest album, Vibe Higher. She’s backstage at the YouTube studios in New York City, sitting quietly yet prettily in a chair where a skilled makeup artist patiently applies her look for the evening.

Born Claudia Alexandra Feliciano, she looks far younger than her years and far more demure than her larger-than-life persona and rhymes, yet answers questions with poise and aplomb just about an hour before her listening party — hosted by Rob Markman — kicks off.

“Vibe Higher is really all about elevating,” she said. “It’s not just about elevating professionally — although certainly, it touches on that — but it’s about elevating in every way you know how. Personally. Professionally. Spiritually. You know, I’ve been around for a long time. And I pride myself on not only being around for such a long time but consistently elevating in everything I do. I’m now in a place where I have artists under my own label now that I’m independent. People ask me if I’m scared of that, but what have I got to be scared for? I’ve been doing it this way for the longest time.”

Snow certainly has been doing things “her way” for more than a quick minute. In 2010, she started out on the independent circuit, where she had a major breakthrough after performing at SXSW. Her first album, Unorthodox, was released on Street Science Records and featured the hits “Drunk Love” and “Woke Wednesday.” But she cracked into the mainstream with a 90-second off-dome freestyle called “Holy Shit” and proved to everyone that you didn’t need a major record deal to get major success.

last breakfast club interview they made me realize I definitely wanted to go indie.. this interview they set a date for my indie album… no more doubting myself..?? interview comin up

Naturally, the major labels came calling once Snow became a major deal and in 2012, she signed with Atlantic Records. Though it ultimately didn’t work out exactly the way she’d wanted it to, she did drop the Good Nights & Bad Mornings mixtape during her tenure with the label giant and garnered an even bigger fanbase than she had before.

But, she says, she learned a lot from her time with the label. Now that she’s both an artist and a boss of her own label, she’s taking the lessons and applying it to her new, more free life.

“I’m really here, in a way, to challenge the industry,” she said. “I want to challenge everything that was wrong with it when I was coming up. And while I definitely think it’s gotten a lot easier today — especially with the Internet, with social media. It’s also gotten a lot more confusing because now that there are more avenues, there are more ways to make mistakes. No matter what era we’re in though, one thing remains the same: work hard, follow your dreams, work like it’s your first day on the job, and stay humble no matter what success you get.”

Snow has definitely applied these tenets to much of her career and has reaped the rewards — she even enjoyed a short stint on the hit USA Network’s show Queen of the South, where she played Lil’ Traviesa. But, she says her career has taken both left turns and right turns, and she sometimes wonders what she’d have done differently if given a chance to do so.

“Oh yes, I do think I would have done a few things differently if I knew then what I know now,” she said. “I wish I would have left some bad situations sooner. And it’s not just one thing — the obvious thing — the label situation thing. It’s also about people that I stuck around with for a long time, because I’m loyal to a fault, and I shouldn’t have stuck with them as long as I’d done. And that’s something that weighs heavy on me because I can’t believe I let people have that much control over me. Despite all this, I’m grateful for the lessons I’ve learned, and I’m even more grateful for the blessings I’ve received.”

Snow Tha Product’s Vibe Higher mixtape is out now. Stream it below.