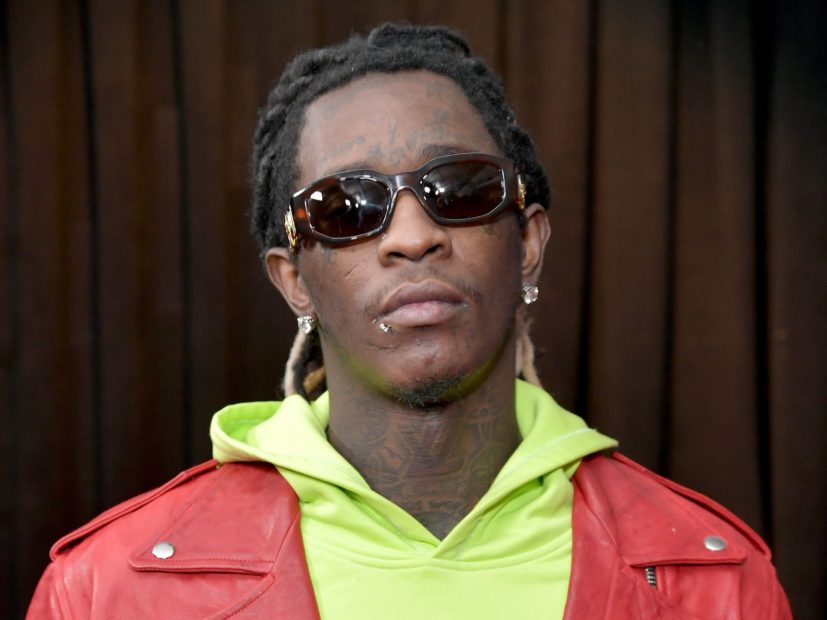 Los Angeles, CA – Singer Camila Cabello’s opening performance at the 61st Annual Grammy Awards almost didn’t feature Young Thug. According to TMZ, the Jeffery mastermind was put in handcuffs shortly before he was expected at the Staples Center.

Thugger and several of his friends were riding around West Hollywood when police pulled them over for a traffic violation. The passengers were plucked out the vehicle and detained while they conducted a search.

Someone in Thug’s entourage copped to have a registered firearm, however police discovered the gun wasn’t actually registered in California. As a result, the man was arrested on the spot.

Ultimately, Thug and the other men were released just in time to make it to the venue where he joined Cabello for her song “Havana” in a colorful opening set.

Thug also earned his first Grammy in the Song of the Year category for his contribution to Childish Gambino’s chart-topping single “This Is America.” He was one of several rappers who provided backing vocals for the track.