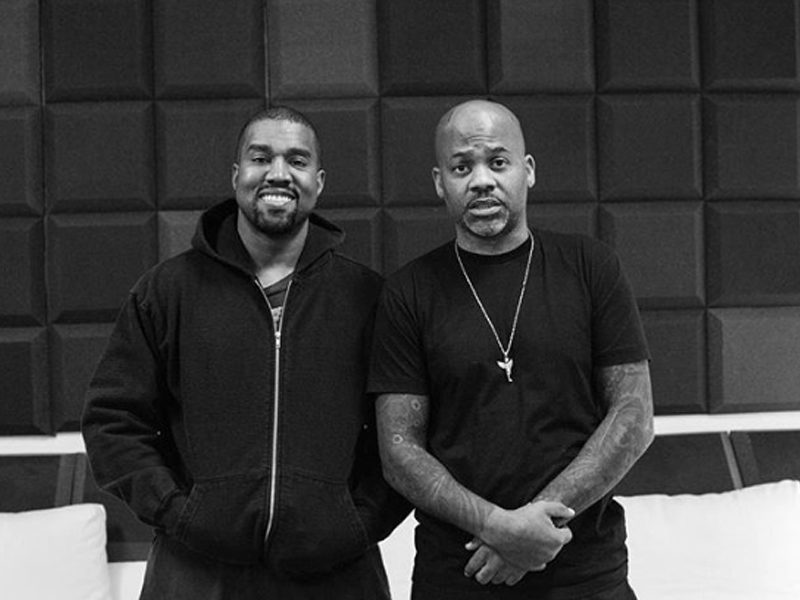 Los Angeles, CA – In the midst of a legal battle with Roc-A-Fella Records and Island Def Jam over unpaid royalties and the ownership of his masters, which is allegedly holding up the Yandhi release, Kanye West’s January 27 edition of Sunday Service offered something a little different.

Rather than the jam session he held with musician friends during the first two installments, he spent this Sunday in the studio with collaborator — and co-founder of now-defunct Roc-A-Fella Records — Dame Dash in his Los Angeles Studio.

In a series of clips filmed by model and actress Angelique Pereira, and posted via Team Kanye Daily, Ye (sipping from a red cup), freestyles to what sounds like vintage Roc-era beats as Dame bops along — even offering a few adlibs.

It’s not immediately clear if Dame produced the beats or not. In a video Tweeted by Yeezy on October 4, 2018, the mogul, whose credits includes co-production billing on the iconic Jay-Z and Biggie Smalls collaboration “Brooklyn’s Finest,” teased a new instrumental he was going to email him, suggesting that they were about to cook up some heat. Shortly after, Diplo accused him of beat jacking.