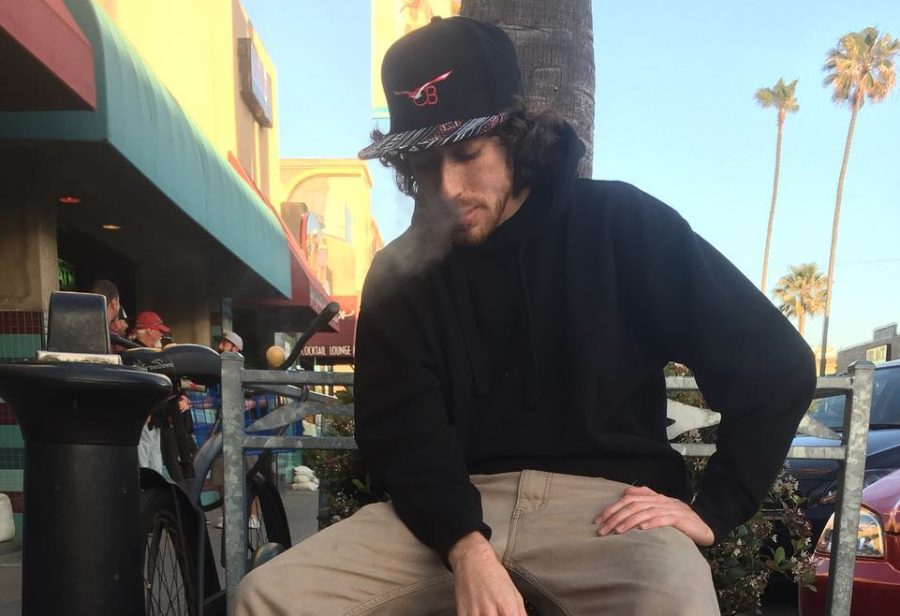 According to KGTV, Officer Matthew Steinbach shot Bowers and claimed the shooting was in self-defense.

“Fearing for his safety, one officer fired his weapon at the male striking him at least once,” police said.

The city’s police responded to a 911 call around 10 p.m. after a person reported that Bowers, 23, had reportedly cut his own throat with a knife inside of an apartment located in San Diego’s Midway District.

When officers arrived on the scene, they were let in by a family member of Bowers and located the rapper in the back bedroom of the apartment.

Bowers allegedly wielded another knife from his pocket and raised it and pointed it towards the officers who had warned him to drop the knife.

As Bowers refused police orders, multiple gunshots were fired by Steinbach and one hit Bowers in the chest. Bowers was given medical assistance from paramedics came to the grisly scene, and is now in critical condition at a local hospital.

Nick Cannon posted a lengthy heartfelt message on Instagram about Ryan Bowers and the rapper’s tumultuous life story. He discussed Bowers’ talents as an artist, Bowers’ early history in the rap industry in a group called PWD that involved singer Kehlani, and appearing on Cannon’s MTV show Wild ‘N Out.

“This honestly hurts my heart to have to post this right now, but I’m just requesting prayers and positive energy for my young guy!” Cannon said. “He had such a troubled and haunted journey when I first signed him that I wasn’t aware of because he did it all with a smile. One of the nicest and sincere kids you could ever meet.”

This honestly hurts my heart to have to post this right now, but I’m just requesting prayers and positive energy for my young guy! @RyanBowersOB has to be one of the most talented and gifted youngsters I’ve ever met but more importantly one of the most resilient and strong spirits I’ve personally witnessed. He had such a troubled and haunted journey when I first signed him that I wasn’t aware of because he did it all with a smile. One of the nicest and sincere kids you could ever meet. About 5 years ago I created a alternative rap group for him and @Kehlani along with a few other talented young artist called “PWD”. They were all so dope that I invested hundreds of thousands of dollars in them. They had amazing songs with @E40 @losangelesconfidential @djpremier and more. They toured with @therealtechn9ne and even performed on Wildnout, at SXSW and other festivals. And Bowers was the energy of the group, a writer, rapper, singer, skateboarder.?! The kid could do it all, but like most of us he had his own demons and darkness that he struggled with. We would often talk about God and Spirituality and he got to a place where it all was confusing for him and he couldn’t trust anyone. I told him I would always have his back and would be there for him so when I got the call today that he slit his throat and then immediately after the San Diego police shot him numerous times. My heart sunk. Through the grace of the Most High Ryan Bowers is still here with us, but he needs your prayers and positive energy. I promise you if my guy pulls through I will make the world know him and appreciate his amazing journey and gifts!! I love you my dude! I know you are going to pull through! ??

Bowers emerged as a solo artist earlier this decade, and has done several collaborations with rap veterans including Krayzie Bone of Bone Thugs N Harmony, E-40 and DJ Premier.

You win some, you lose most. ?