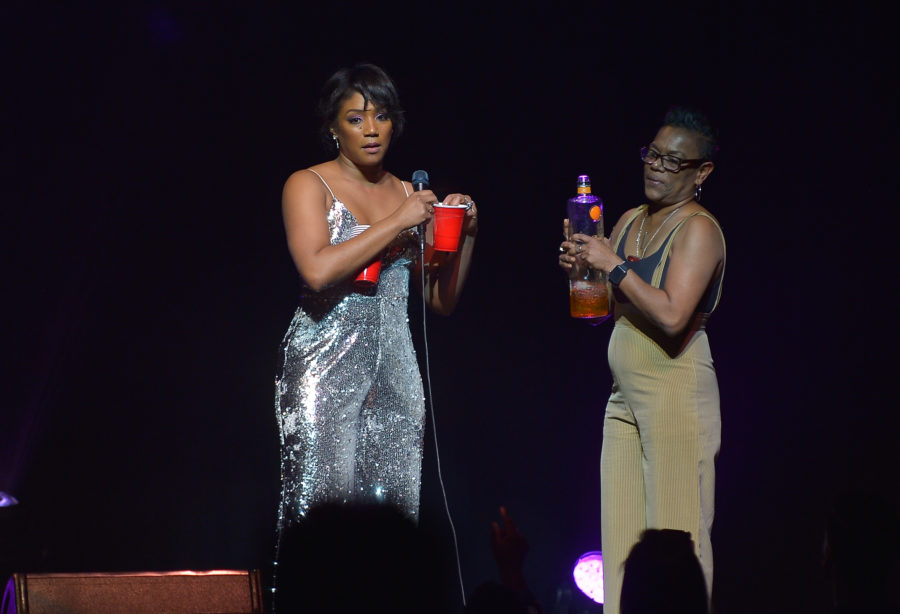 Miami, FL – Tiffany Haddish was apparently lit to take on Miami to close out yet another successful year of movies and comedy.

Maybe the 39-year-old star actress got a little too lit.

During a Tuesday (December 31) Instagram announcement before the inaugural She Ready Tour show in Miami, Haddish (repeatedly) admitted she was still a wobbly from partying the night before and even forgot the name of the venue during the broadcast.

I went to go see if @TiffanyHaddish was actually funny. I ended up doing this. Conclusion: She is not funny. Horrible show. In her defense, she said she was having a rough night. She didn’t have to be up there. She ended up inviting me up on stage to tell jokes. ??‍♂️? pic.twitter.com/Ze1BPzeY9S

@TiffanyHaddish just bombed her show in Miami. We left in the middle of her set along with a lot of other people. Very disappointed, I hope that you are better prepared before your next show. #SheNotReady ?

Awkward much? A few fans walked out of Tiffany Haddish's show tonight in Miami & even booed her. See the full story on #theJasmineBRAND.com ***SWIPE***

Following the embarrassment, Haddish couldn’t do anything but respect the game.

“Yes this happened,” the Night School star tweeted. “I wish it was better Miami.”

“I prayed on it and I have a strong feeling this will never happened (sic) again.”

Yes this happened. I wish it was better Miami. I prayed on it and I have a strong feeling this will never happened again. Tiffany Haddish Bombs, Drinks with Fans Instead https://t.co/4QxPn0j0xc via @TheRoot

If it’s time and recovery that’s needed, luckily enough, Haddish and fans both have plenty of time to prepare for the next She Ready Tour date, which isn’t until January 25 in Las Vegas.