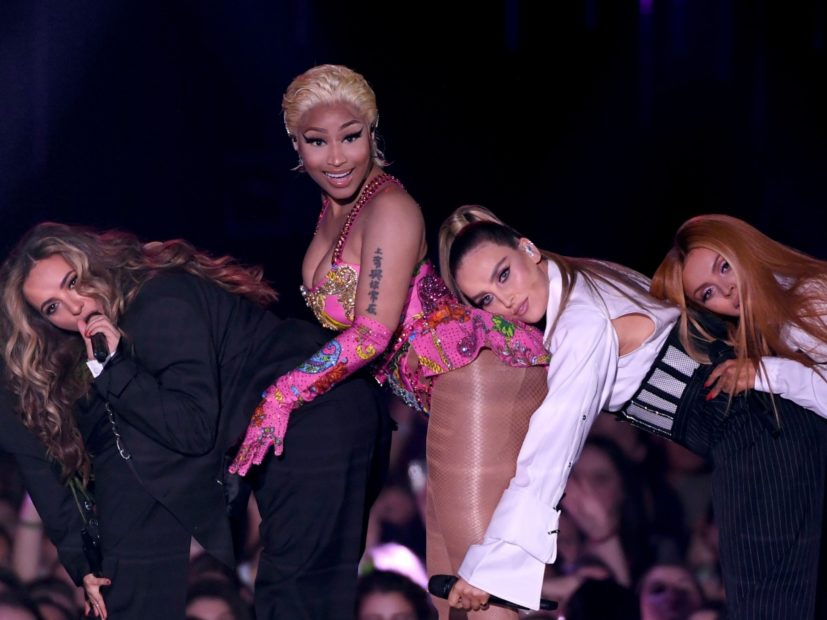 Twitter – Cardi B shocked her fans when she announced she and her baby daddy Offset were splitting up after roughly one-year of marriage. The Bronx firecracker broke the news via Instagram on Tuesday night (December 4).

In the video, she explained the divorce would take some time but that they’d remain friends for the sake of their daughter Kulture.

#PressPlay: #CardiB announces she and #Offset are no longer together and he responded ?

Twitter quickly exploded with reactions to the unexpected confession — and started dragging Nicki Minaj into the drama.

The bad blood between Cardi and Nicki has been bubbling for months. It boiled over at New York Fashion Week in September when Cardi allegedly threw a shoe at Black Barbie during the Harper’s BAZAAR ICONS party at The Plaza Hotel.

The two eventually took their disdain for each other to social media where fans got to witness it all unfold.

The Barbz believe Nicki is secretly celebrating Cardi’s personal struggles and wasted no time littering Twitter with their colorful commentary.

cardi b stans looking for something else to hate on nicki for now that cardi don’t have a man either pic.twitter.com/3WPobiFCQy

Nicki Minaj laughing at cardi b and offset like : pic.twitter.com/4NhdLdmD0n

Nicki Minaj after hearing about Cardi B and Offset breakup ! pic.twitter.com/nSCwgQKRRA

Cardi b and OFFset broke up

So are y’all gonna apologize to #NickiMinaj when y’all were calling her bitter and jealous about Cardi B’s “fairytale” marriage. pic.twitter.com/edJ2rUVAaa

[Cardi b and offset break up]

Nicki Minaj heard cardi b and offset broke up pic.twitter.com/S8tNEjy4dG

Nicki Minaj listening to Offset problems about Cardi B right now like…. pic.twitter.com/GDhuyIksmG

Cardi B and Offset announce their breakup, Nicki over here plotting her next track like… pic.twitter.com/m8PplUjdLb

Nicki Minaj when she hear Cardi B and offset broke up pic.twitter.com/5F2mbSeO5F