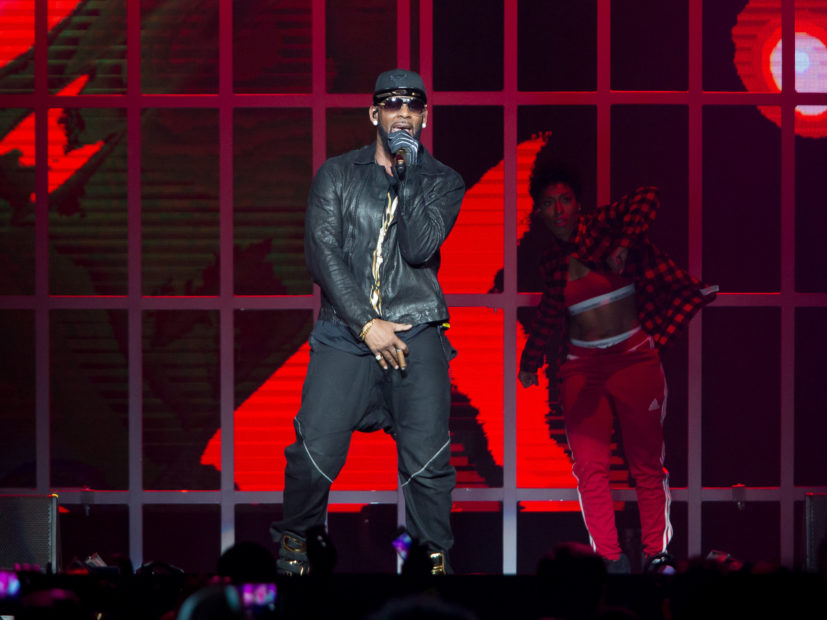 The film, produced by renowned journalist Dream Hampton, is about the embattled R&B singer’s alleged sexual abuse victims is set to air on the Lifetime TV channel come January 2019.

I’m at a screening for Surviving R Kelly, produced by @lifetimetv. And a threat was called in. The police are here and we had to evacuate. To my knowledge, everyone is physically safe. The screening was abruptly ended & will be rescheduled, perhaps. There were survivors of R Kelly in the room, who I’m sure were emotionally affected more than the rest of us. #SurvivingRKelly #MuteRKelly

Just minutes into the screening, New York police officers reportedly ordered the event’s attendees to evacuate the premises in response to an anonymous call about the threat.

Tonight the #SurvivingRKelly premiere was evacuated after a threat was called in. Several survivors as well as key activists fighting against him (me @jamilahlemieux @taranajaneen @kiernamayo and more) were all there. We dont know who the targets were or who was behind it but if y'all think fighting for Black women is light work? Think again. Can't stop. Won't stop. #MuteRKelly

However, there are conflicting reports about whether it was a gun or bomb threat.

“It started, we got 25 minutes into the screening,” one attendee told HipHopDX. “Survivors were there, too. Cops and NeueHouse staff told us there’s a threat and we need to evacuate. He apparently called into NeueHouse multiple times, like 20, and called in gun threats.”

Burke and Yee posted about the event’s shutdown on Instagram.

The real bomb is going to be when the #lifetime documentary comes out, and people see the real child molester, rapist, sexual, mental, and physical abuser behind the music. #Rkelly's days of abusing black women unchecked are numbered. We will not be intimidated. We will not be stopped. . . #MuteRKelly #SurvivingRKelly

A post shared by Official MuteRKelly Movement (@officialmuterkelly) on Dec 4, 2018 at 6:21pm PST

Chillle!!! Well Damn!!! They acting up! ?? #SurvivingRKelly #screening was #evacuated due to threats says #AngelaYee ??‍♀️???

The premier of #SurvivingRKelly was evacuated by a gun threat! They hate to here the victims cry! Please don’t underestimate the threats women need protection from after escaping abuse. We need more platforms to protect women, especially if their abuser has power. #domesticviolence #enddomesticviolence #domesticviolenceawareness #healing #confess #victims

NeueHouse Madison Square CEO Josh Wyatt released this statement about the evacuation and the threat which proved to be a hoax.

#NeueHouse New York issues a statement regarding the threat called in during the #SurvivingRKelly screening. Full story on theJasmineBRAND.com

Based on speculation within the event, some of the attendees believe that the timing of the threat was too coincidental and that Kelly played a role in shutting down the screening. On several posts, they used the hashtag #MuteRKelly.

Tonight was a private screening of the @lifetimetv documentary #survivingRkelly where his survivors, parents of survivors, and people featured in the doc were gathered. About an hour ago, a BOMB THREAT was called in and the event was shut down. I wonder who’s responsible? Seems like somebody is HELLBENT on stopping the truth from getting out. ? This guy has been free of consequences for about two decades straight now, and seems like the only people paying the price are the victims and their families. #karmajonezknows #rkelly #lifetime #metoo

Even if it were true, this will be tough for R. Kelly to “admit” his role in stopping a private film screening about his alleged sexual abuse victims.