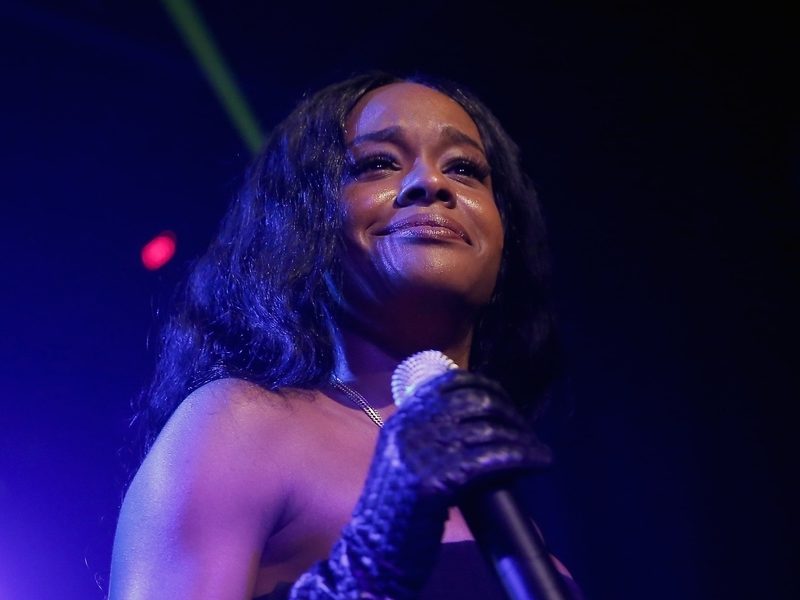 Azealia Banks aired out her grievances with Kanye West in an extended Instagram rant posted on Sunday night (November 18). The polarizing artist claimed Yeezy spilled some tea about Kim Kardashian during past conversations and expressed her disgust with the G.O.O.D. Music founder.

“Lol kanye spilled hella tea to me about Kim kardashian then got shook once he realized she was going through his phone,” she wrote. “The tea is hella juicy, I would love to spill it because his dumb ass tried to put me on three way with one of his employees and set me up pretending like I was in the wrong for sending his dumb ass a heart emoji. A FUCKING HEART. He tried to pretend like I was In love with him or some shit. I won’t spill the tea because I don’t want kris Jenner to have him killed.”

She continued, “But I’m really sick of kanye and his shenanigans. He just does dumb shit on purpose for attention. No clue what kind of role model he is trying to be for his kids by being a messy cunt. Truth is, Kim Kardashian ruined kanye West and won’t be done with him until she’s sucked the last drop of blood. He’s a cuckhold now. We won’t be getting the old kanye back ever. He is completely ruined. It’s sad, but he’s a grown ass man and needs to lie in the bed he made. I’m officially done with Kanye West.”

#AzealiaBanks goes on a RANT rant about #KanyeWest & name drops #KimKardashian, #Drake, #VirgilAbloh & many others like sugar cubes in the tea ??

Banks also posted a series of videos from the backseat of an Uber. The provocateur took more shots at Kanye while bringing up everyone from Mark Zuckerberg to Virgil Abloh. In one of the clips, Banks declared Kardashian would eventually split with Yeezy.

“The truth of the matter is Kim Kardashian is absolutely going to leave you,” Banks said. “She’s already fucking gone. That bitch is gonna leave you.”

She added, “You’re hella fucking embarrassing. Say what you want to want about her, but sometimes, I be feeling bad for her because you’re just a dummy. You just be acting dumb just to act dumb. Like, how is that sexy? Shit.”

Banks wrapped up the Kardashian portion of her Kanye diatribe by bringing up the rumor about the reality television star sleeping with Drake.

“I’m sorry, If I was Kim Kardashian, I would fuck Drake too,” she quipped.