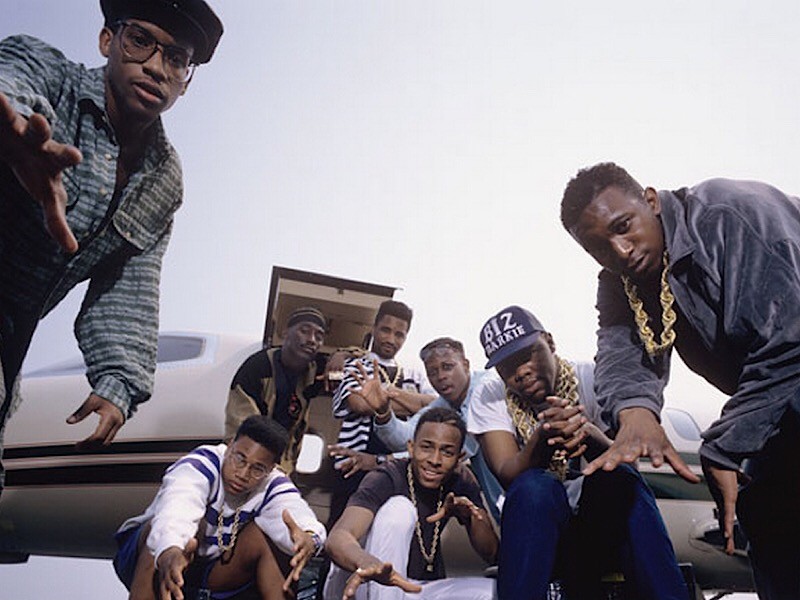 New York, NY – Cold Chillin’ Records, founded by Tyrone Willams — co-producer of the legendary Mr. Magic’s “Rap Attack” and manager of the Juice Crew collective — along with the late Len Fichtelberg, stands as an iconic symbol in a long and (in a contemporary context) often undervalued period in the culture’s timeline. Serving most notably as the platform for most of the members of the Juice Crew to release their projects, it weathered some insanely notable moments in Hip Hop, such as the Bridge Wars between BDP and MC Shan and The Roxanne Wars.

A new book by writer Ben Merlis — slated for a spring 2019 release by BMG — is set to explore the rise and fall of the label while sewing together the intertwining and fantastic untold stories and timelines of the artists involved.

“I met someone who works for BMG,” Merlis explained to HipHopDX when asked how he began writing the book. “I heard they were writing books about labels, and I pitched the idea of doing one on Cold Chillin’ Records.” Merlis — whose father worked for Warner Brother’s Records — says he was a fan of the Juice Crew at a young age.

“We used to get those promotional records in the mail before they came out,” he continued. “I was listening to Mc Shan when I was nine years old. This is something I grew up on.”

Still, in the early stages, Merlis has spoken to a lot of the major players. “I’ve talked to Marley Marl, Big Daddy Kane, Masta Ace, Fly Ty — who was the co-owner — Craig G Grandaddy, and others,” he says. The most exciting aspect thus far has been the exciting Easter eggs he’s been able to uncover.

“Dr. Butcher has a fascinating story,” he explains. “He’s a ghost scratcher for Kool G Rap and DJ Polo … when you listen to those records, you’re not hearing Polo.” Dr. Butcher ended up becoming a successful producer and solo artist.

He also describes tidbits from his conversation with George Dubose — the photographer who did the bulk of the cover artwork for Cold Chillin. “What you see on the back cover of Biz Markie’s The Biz Never Sleeps was supposed to be the front cover,” he notes. “The front cover was meant to be the cereal box that appears on the back cover … they decided that image was more compelling.”

Beyond just the cool factoids, which older listeners may foam at the mouth over, the story of the label runs parallel with the climate of Hip Hop — which saw a tremendous shift from the mid-80s until the label’s ultimate demise.

Cold Chillin’s downfall had a few culprits. One major factor was a sample clearance, stemming from a Biz Markie song that samples portions of a 1972 Gilbert O’Sullivan song, “Alone Again (Naturally),” — a case that many have cited as the end of the “Wild Wild West” of sampling.

Furthermore, declining record sales, the Juice Crew split up, and Kool G Rap’s Live and Let Die being shelved all contributed to the label’s officially shutting it’s 1997; Kool G Rap’s first post-Polo release 4,5,6 being one of its final releases.

Its influence still lives on. “The Symphony is also a landmark record,” Merlis notes. “It set the template for posse cuts past that point.” He also points to the family tree that leads back to the label, such as Wu-Tang Clan, with founding member GZA releasing his debut record on the label.

“There’s something to be said about the ingenuity that went into a lot of these records,” Merlis continues. “Really just making it up as you go along and flying by the seat of your pants, which is what I’m doing right now. I never wrote a book before.”