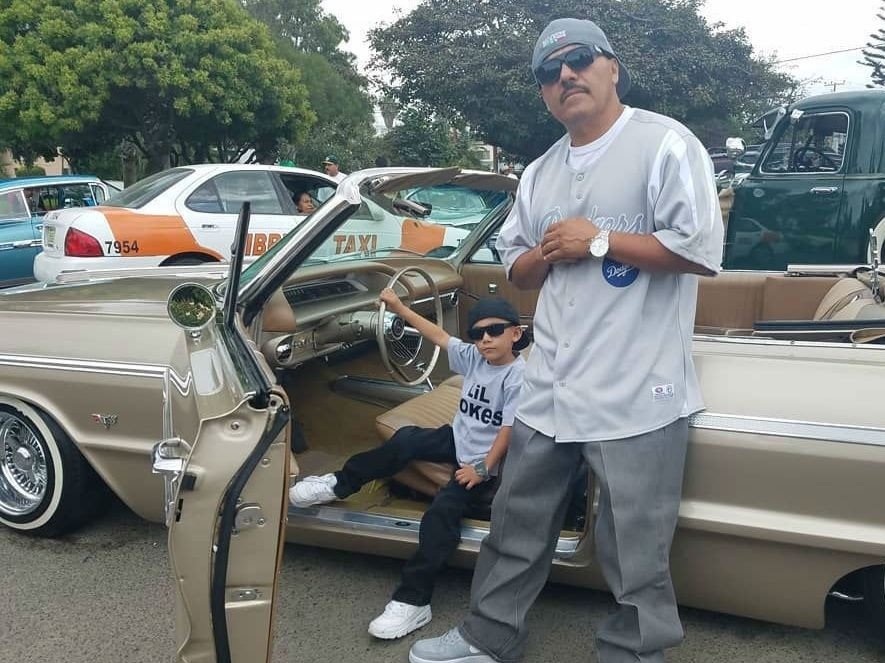 Before Eazy-E passed away in 1995, he established BrownSide, a Chicano version of N.W.A.

BrownSide disbanded shortly after the deaths of both Eazy and fellow member Danger, who was murdered in 1996. Over the years, Toker became incredibly dedicated to helping others.

“Toker reprised the group five years ago,” publicist and friend Shayna Wilson told HipHopDX. “He was an advocate for prison reform, an advocate for speaking out against gentrification in Los Angeles and was vocal about how ICE is affecting the family structure for Mexican-Americans in East L.A. and South Central. They went to Mexico after the earthquake last year and donated $30,000.

“He’s so well known in the projects in the inner city areas of L.A. just by helping random people. He was so humble and so nice. He would have given you the shirt off his back.”

Toker was extremely vocal about his love for Mexican-American culture and simply wanted Chicano MCs to get the same level of respect as other rappers.

“But he made it his mission to help others. He’d always say, ‘We’re not rappers, we’re storytellers.’ He wanted people to hear their stories.”

Veteran West Coast gangsta rapper Kokane was close to Toker and appeared in videos with him over the years, including the 1993 Eazy-E cut “Any Last Werdz.”

“One of the realest dude’s in the game,” Kokane told DX. “He opened up the doors for many Latino and ESE rappers. Toker proved that it was never about color lines, but only about having heart and standing up for what you believe in. He was the true definition of keeping it gángster.

“Eazy-E signed BrownSide to Ruthless knowing that Toker and the BrownSide family would bring blacks and Latinos together. Plus, Toker and BrownSide were hard as fuck. I will highly miss my carnal. REST EAZY TOKER.”

Tributes have started flooding social media, making Toker’s impact evident. He was believed to be 51.

RIP TO MY BROTHER TOKER
FROM THE BROWNSIDE
LOVE YOU AND YOU WILL BE MISSED! pic.twitter.com/t64gJUfOTq

Rip Toker. Brownside was one of the Chicano rap acts Eazy E helped get together, he believed Chicano rap was the next big thing. Toker was one of the cats that visited him while he was in the hospital dying from AIDS. One of the many things that shitty NWA movie left out. pic.twitter.com/3vHNSWSKOc