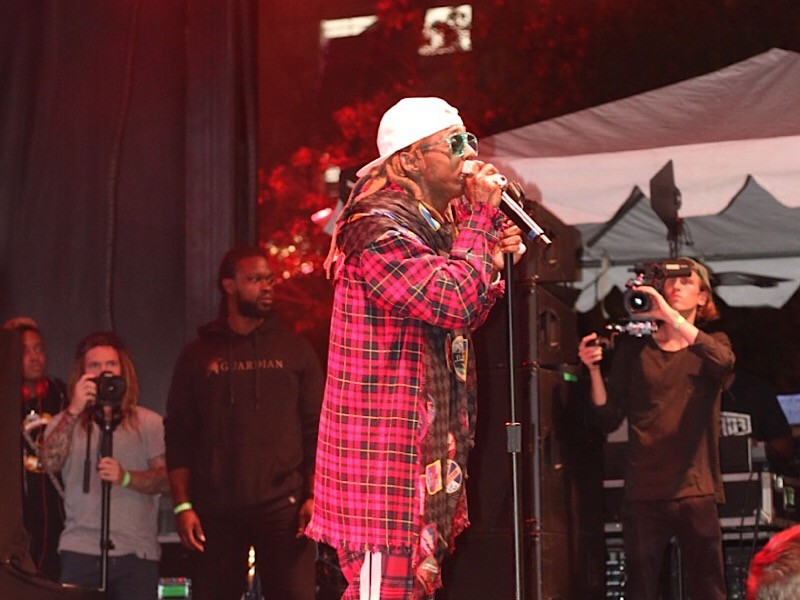 Unfortunately, 10 minutes into his headlining set, what some initially speculated to be gunshots caused a stampede, forcing the venue to be evacuated.

“Everyone seemed to turn and focus on this one area of the crowd,” a patron in the VIP — Brit Tea — told HipHopDX. “Then in an instant, I felt the whole weight of the crowd shift.”

“I fell to the ground — everyone was rushing and screaming. It was so scary,” she continued.

First time seeing Wayne at @A3C and three songs in I had to run my ass off and hop over a dumpster and fence! #a3cfestival pic.twitter.com/5ic5wDENOw

Authorities were unable to confirm there was, in fact, a shooting as many had first thought — and (shortly after reaching safety) one outlet (JaGurl TV) reported that it was actually a brawl close to the backstage area that quickly escalated causing a mass panic that rippled outward. Moments later, the festival itself issued an official statement, echoing that no weapons were involved — and pledging to update everyone as they receive further information on the incident.

“This was an unfortunate way to end what had otherwise been an amazing week of music, friendships, and connections” the statement reads. “Thank you to everyone for your amazing support and positive energy.”

Wayne also took to Twitter after the incident, noting “Hope everyone at A3C is safe.”