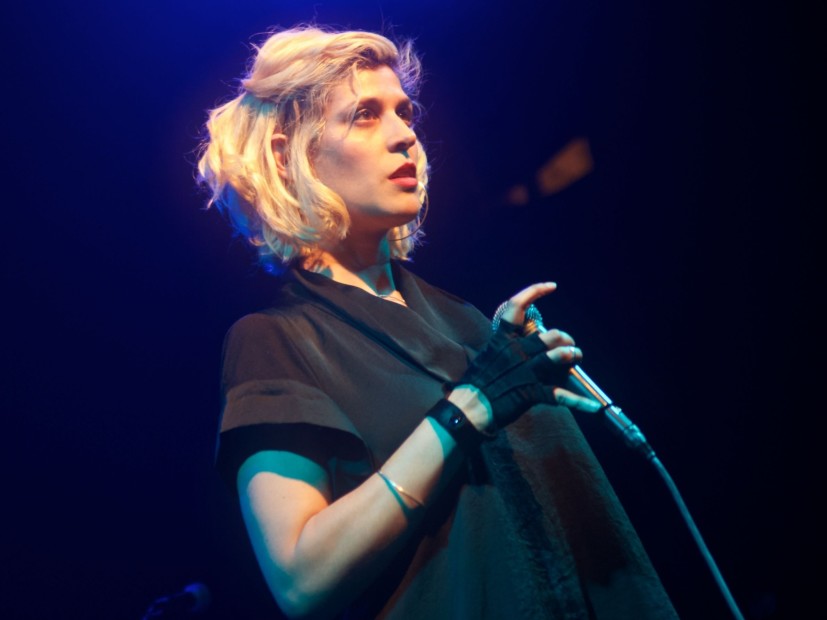 Dessa Explains Why She Turned To Neuroscience To Cure Her Heartbreak

Doomtree fans who read Dessa’s new book My Own Devices might be able to piece together who “X” is but for the most part, her former boyfriend’s name is intended to remain a mystery. It’s as if the heartbreak of writing his name over and over again would have been too much to bare, possibly explaining why she went to desperate measures to get over him.

Throughout the 272-page memoir, the Doomtree singer/MC dives into life on the road with six dudes, being a “female rapper” and what it was like growing up in Minnesota. However, it’s her candid revelations about love — and what she did to mend her heartbreak — that made releasing the book a little scary.

“I don’t have any interest in sharing secrets for the sake of sharing secrets,” Dessa tells HipHopDX. “Confessional art isn’t the kind of art that generally I gravitate toward, but I do really like true stories.

“To write a compelling piece of greater non-fiction, I think that means being game to make yourself vulnerable because if you’ve got nothing on the line, why else would a reader invest? There’s really nothing at stake. You have to be willing to be frank about even the unglamorous parts of your life.”

Thanks to the @loftliterarycenter for a sign behind which I might practice an air of authorial refinement. Today (Sunday) I’ll be at @commongoodbooks at 3:30 and @fifthelementrse at 4. #MyOwnDevices

Like a a bad penny, X keeps turning up in the book. One of Dessa’s most jarring confessions is X’s desire to have a polyamorous relationship. Dessa had to figure out if that was something she could really accept and how far she was willing to go for love.

“It was painful,” she admits. “At the same time, I didn’t want to reject something out of hand only because it was painful. Also, I think we do a lot of things for love. We make compromises and adjustments. For me, trying to figure out how much to compromise was the crucial question. Like how much should I be willing to bend or to give up in an interest to make a romance work?

“Everything intuitively rejected the idea of polyamory. But I’m also aware of the fact that as culture changes and expands — and hopefully becomes more progressive — our intuitions are not always going to be foolproof guides. Plus, I really wanted to try to work something out with this guy. And I knew that he was making that suggestion not to hurt me. He wasn’t interested in fooling or manipulating me. He was asking an honest question and it deserved my best honest response.”

Ultimately, Dessa determined it wasn’t something for her. After years of breaking up and making up, she decided to seek the help of neuroscience. After all, it made sense. She was always fond of science as a kid.

After watching a TED Talk with biological anthropologist Helen Fisher, she wanted to try and pinpoint where this obsessive love was located in the brain and what she could do to squash it.

With the help of The Center For Magnetic Resonance Research at the University of Minnesota, Dessa sought out a controversial therapy technique called neurofeedback to retrain her brain and get over X once and for all.

“I was so excited there was a scientific angle through which this heartbreak stuff could be investigated,” she says. “But I was mostly just enthusiastic. The foundation of the work was already out there. This other woman [Fisher] had been putting people in an MRI machine and it seems so unusual, so surprising and so fascinating to me that you would be able to see and measure love in the brain.”

The problem? Shortly before Dessa was to undergo the procedure, X called. He wanted to meet up. She suddenly found herself at a crossroads — did she really want to get over him?

“I think it was that scene recounted in the book when I met him for dinner,” she explains. “I was second guessing myself. I wasn’t sure. I knew that I couldn’t do both things potentially. I couldn’t keep this guy and try to do this brain work in good faith. So I was at a choosing place, but I think the conversation we had over dinner revealed to me that even though we still had feelings for one another, there really didn’t seem to be a viable future. Nothing had changed.

“He did say, ‘You should go through with it.’ I think it probably hurt a little bit both ways. I was like, ‘Hey, I’m removing the love for you.’ Ouch. And then he was like, ‘You should do that.’ I was like, ‘Ouch.’ We were just really good at cutting off.”

With X’s blessing, Dessa was hooked up to the appropriate monitoring devices — an electroencephalography (EEG) — and put through an fMRI machine. There, scientists noticed something called a VTA lit up in her brain when she saw a photo of X.

“In your brain, there are several structures that become active,” she says. “One of them is a VTA, which is the ventral tegmental area. Another one is called the caudate. Another one is called the anterior cingulate. It’s almost like if I’ve already kicked a ball 18 times in a row, we would see that a certain group of muscles were always involved in that ball kicking. You know, if we were measuring the activity of my muscular system.

“Similarly, if we’re measuring a brain activity, we find, okay here are the parts of the brain that are consistently involved with romantic love. They probably also do other things in the same way that my leg, in addition to kicking, also dances. It’s not like it only has one job but you can see this reliable pattern.”

The question is: did it work?

“I feel relieved of some of the fixation and the kind of obsessive feelings,” she reveals . “I don’t feel like I’ve been struggling under the weight of those feelings. Is it as though I’ve totally erased my memory of those years? No. Are personal dynamics always going to be sort of complicated to navigate old loves? Yes. But yeah, I do feel better.”

Dessa just wrapped up a two-week tour in support of the book. She preforms with the Minnesota Orchestra on Saturday (October 6) at 8 p.m. local time.

Tickets are available here and copies of My Own Devices are on sale now.