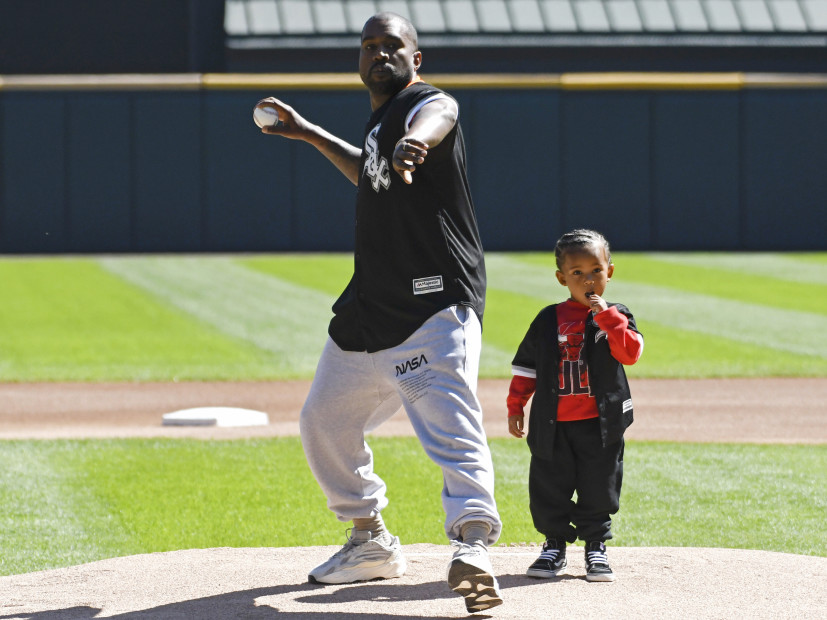 Chicago, IL – Kanye West and his two-year-old son Saint were in Ye’s hometown of Chicago to throw out the first pitch before the White Soxs 6-1 loss to the Cubs on Sunday (September 23) in the latest Crosstown Classic.

Tossing out the first pitch…@kanyewest!

For the city of Chicago, having its biggest Hip Hop export kick off a game that served as both the final time that the Sox and the Cubs were set to match up in 2018 — in their home city — as well the final goodbye for 33-year Sox broadcast announcer Ken “Hawk” Harrelson was a big deal.

For Ye, the moment was even more sentimental. “Same field,” he captioned an Instagram photo of him and his late mother on the pitcher’s mound over a decade earlier.

August 25th, 2007, Kanye accompanied Donda West onto the field during a game against the Boston Red Sox — a game that ended in a 10-1 loss for Chicago.

Ye, who just last week aired out a short-list of celebrities for commenting on his wife (Kim Kardashian), is set to drop a new album on September 29, titled Yandhi. Earlier this year, he had floated the concept of naming his previous album — Ye — DONDA and using a photo of Jan Adams, the plastic surgeon who performed his mother’s fateful surgery, as the cover artwork. Adam penned a cease and desist letter to Yeezy, urging him to not use his photo, and also suggesting the actual person responsible for his death was, in fact, his own cousin.