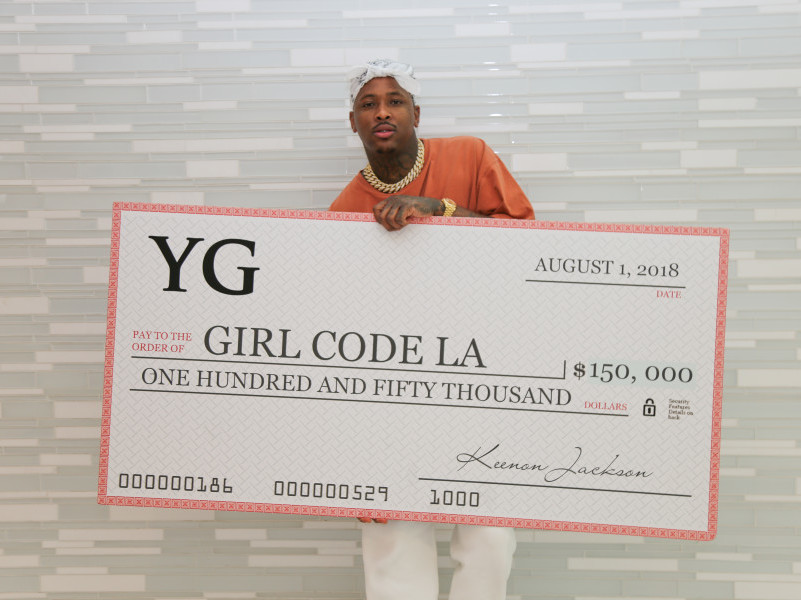 Los Angeles, CA – Although YG is set to be completely focused on promoting his upcoming Stay Dangerous album (which drops tomorrow, August 3), the West Coast rap ambassador is still keeping tabs on other areas that matter within the community.

Which is why Bompton’s Finest decided to donate a cool $150,000 to GirlCodeLA, a burgeoning startup that empowers young female coders.

“Gender bias plays a role in the amount of exposure students receive in regards to technology and coding,” YG revealed. “This leads to influence future decisions within their field, creating smaller opportunities for diversity. With my donation, I hope they’ll be able to expand their reach of future female coders and programmers. I want to make sure I’m doing my part, I got a daughter and I respect the G Code.”

In addition to his generous donation, YG also gifted all the future tech wizards with new Beats by Dre headphones and held a mentoring session where he encouraged them to march on with exploring non-traditional career paths.

Shout out to The Boolest Man Alive.

All photos were taken by Danielle Padilla/@DayDayPadilla