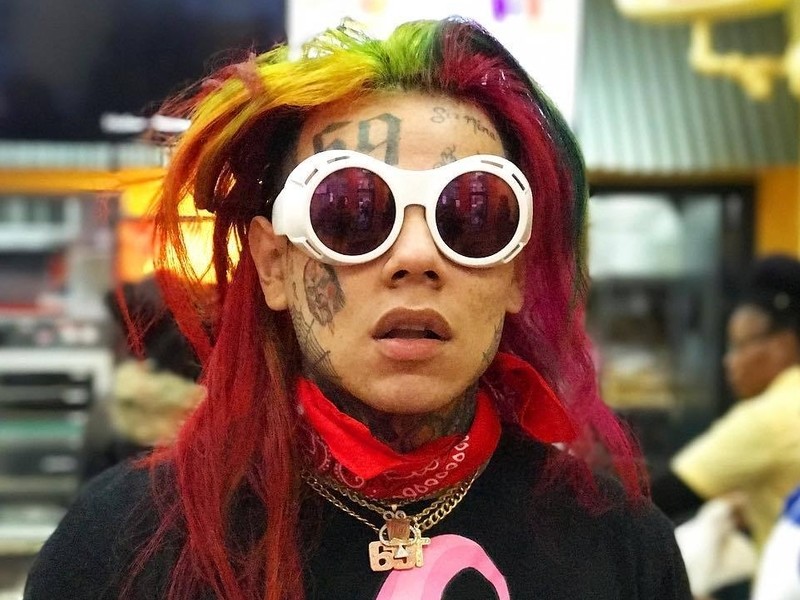 Brooklyn, NY – Tekashi 6ix9ine has been hospitalized after reportedly being attacked and kidnapped on Sunday (July 22), according to TMZ. The assailants allegedly robbed him of $750,000 in jewelry and $15,000 to $20,000 in cash.

Sources told TMZ that 6ix9ine was driving home after working on a video in Brooklyn on Sunday morning. A car allegedly blocked his path and three gunmen hopped out of the vehicle to confront the rapper. The attackers reportedly pistol-whipped 6ix9ine, knocking him out before kidnapping him.

According to the sources, 6ix9ine regained consciousness inside his kidnappers’ vehicle. The gunmen allegedly threatened to kill him before making their way to 6ix9ne’s home. There, two of his attackers went inside to rob the place of thousands of dollars. 6ix9ine’s baby mama and child were inside the residence but not harmed.

The incident didn’t end there. TMZ reports the gunmen fled with 6ix9ine still in the car, but he was somehow able to get out of the vehicle. His attackers allegedly didn’t chase after him, and 6ix9ine was able to hop in a stranger’s ride.

The stranger called 911 and an ambulance arrived to take 6ix9ine to the hospital. He remains at an unidentified medical facility.

UPDATE: TMZ has received additional details in which 6ix9ine reportedly told cops a slightly different version of the event. According to his story, 6ix9ine was the passenger in a vehicle when another car bumped into them at a red light.

Two men with guns allegedly hopped out, stole the driver’s iPhone and kidnapped 6ix9ine. After driving to 6ix9ine’s house, he called someone inside the residence. The person was reportedly instructed to bring out jewelry to the kidnappers.

According to TMZ’s sources, 6ix9ine told cops he was able to escape. Since then, he’s allegedly become uncooperative with officers.

6ix9ine’s baby mama has publicly addressed the situation on Instagram, asking for people to respect her family’s privacy.

From the desk of #6ix9ine’s baby mama (view previous post)