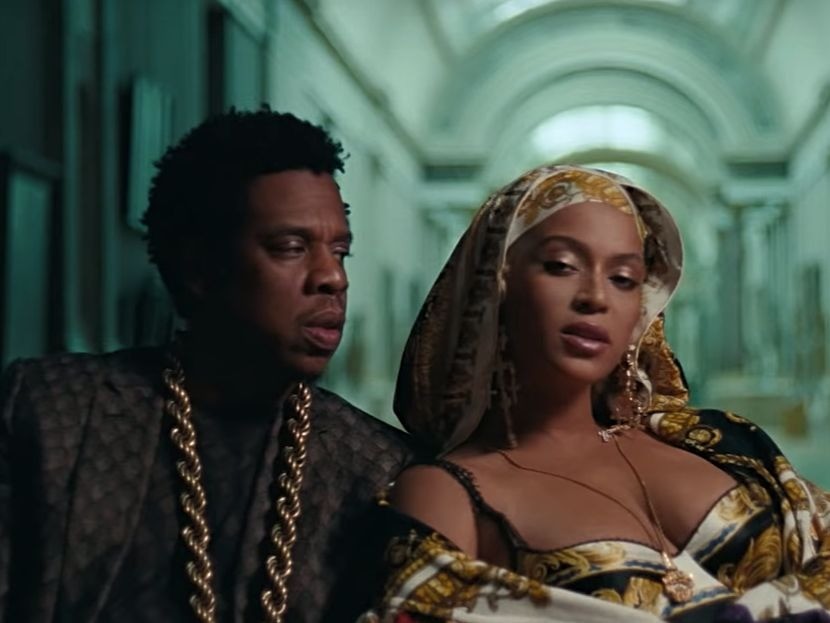 Paris, France – JAY-Z and Beyoncé took over The Louvre in Paris for their “APESHIT” video. Subsequently, the EVERYTHING IS LOVE visual has inspired a museum tour.

According to Artnet News, The Louvre is offering a 90-minute self-guided tour dedicated to the 17 paintings and sculptures featured in the video, including the Portrait D’une Négresse (Portrait of a Black Woman), Great Sphnix of Tanis, Venus de Milo and the Mona Lisa.

It’s unclear how much Mr. and Mrs. Carter doled out to reserve the famous French art museum for the video. Last month, Vulture reported that private access to The Louvre can cost $17,500 a day and special access isn’t exactly granted to just anyone.

“Beyoncé and JAY-Z visited The Louvre four times in the last ten years,” a spokesperson for The Louvre told the publication. “During their last visit in May 2018, they explained their idea of filming. The deadlines were very tight but the Louvre was quickly convinced because the synopsis showed a real attachment to the museum and its beloved artworks.”

The Carters are currently overseas in the middle of their On The Run II Tour, which heads to the United States on July 25.