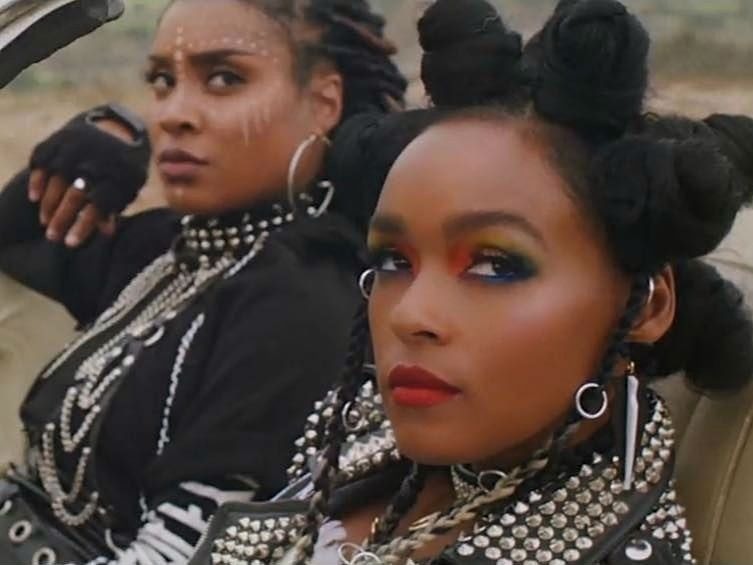 While Tessa Thompson doesn’t explicitly call Janelle Monáe her girlfriend, it doesn’t take much of an imagination to read between the lines. In a new interview with Porter Magazine, the Sorry To Bother You actress opened up about her relationship with the Dirty Computer artist.

“We love each other deeply,” she said. “We’re so close, we vibrate on the same frequency. If people want to speculate about what we are, that’s okay. It doesn’t bother me.”

“It’s tricky, because Janelle and I are just really private people and we’re both trying to navigate how you reconcile wanting to have that privacy and space, and also wanting to use your platform and influence. ”

Thompson, who was featured in Monáe’s sexually liberated “Pynk” video, points to her upbringing and wanting to respect other people’s confidentiality as a reason for not disclosing their union.

“I can take things for granted because of my family – it’s so free and you can be anything that you want to be,” she explained. “I’m attracted to men and also to women. If I bring a woman home, [or] a man, we don’t even have to have the discussion.

During an interview with Rolling Stone in April, Monáe identified herself as pansexual.

“Being a queer black woman in America — someone who has been in relationships with both men and women — I consider myself to be a free-ass motherfucker.”[apple_news_ad type=”any”]