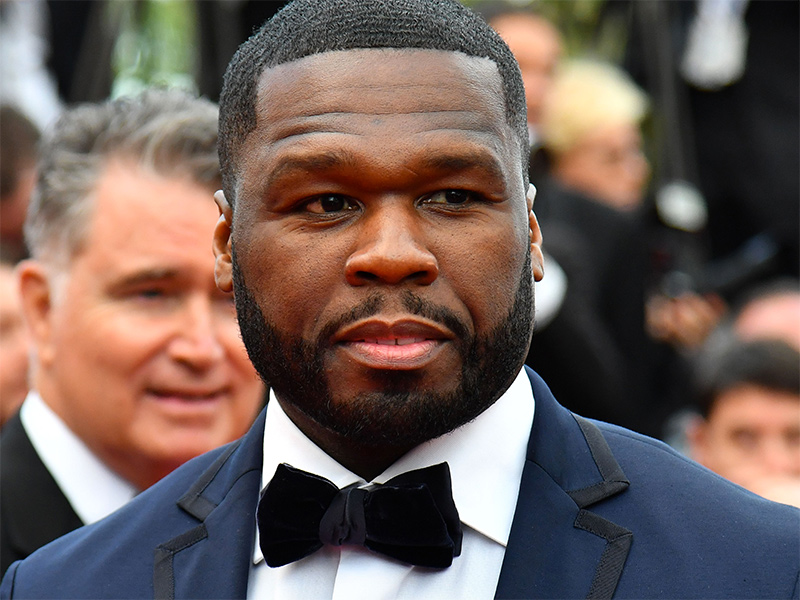 UPDATE: On Thursday (June 28), a Bellator spokesman told HipHopDX the two sides are working on a deal but couldn’t discuss financial terms.

50 Cent claimed he sold his “get the strap” catchphrase to Bellator MMA for $1 million in an Instagram post on Tuesday (June 26). Multiple outlets ran with the story, but it turned out to be some fake news.

A Bellator spokesman told HipHopDX that 50’s post “isn’t true.” However, he did confirm the G-Unit boss met with the mixed martial arts promotion’s executives, as well as representatives from Bellator’s parent company Viacom.

In 50’s post, he claimed his “get the strap” catchphrase was going to be featured on some merchandise in the near future.

“I did a deal today I sold (get the strap) for a million dollars to Viacom’s Bellator,” he wrote. “So you will see It on some cooler clothing shortly. see how I make something out of nothing. LOL.”

l did a deal today l sold (get the strap) for a million dollars to Viacom’s Bellator. So you will see lt on some cooler clothing shortly. ?see how l make something out of nothing. LOL

50’s meeting with Bellator executives came after he attended two fight cards held by the promotion in May. The rap star was pictured alongside Bellator president Scott Coker at one of the events.

Despite putting out the false story of his deal with Bellator, 50 has clearly developed some connection to the MMA organization. On Wednesday (June 27), he touted its new broadcast deal with streaming service DAZN.

“Bellator signed a 9 figure deal yesterday!” he wrote. “Which means… DAZN deal = shoulder programming with @50cent get the strap #lecheminduroi.”