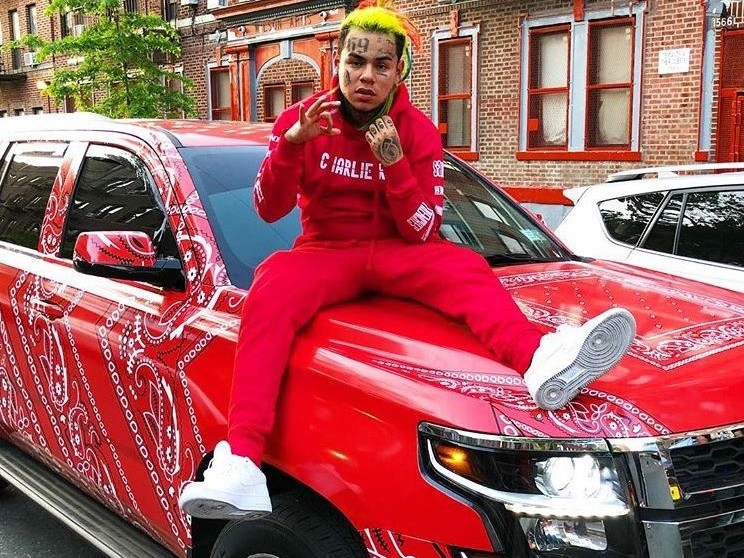 Tekashi 6ix9ine recently hit up social media to offer some background information regarding the recent release of his “Blood Walk” record. The polarizing rapper revealed “Blood Walk,” an unofficial remix to Rich The Kid’s “Plug Walk,” was leaked by an unknown person.

In addition to offering some intel on the leaked track, 6ix9ine was highly amused at the fact that “Blood Walk” has received far more views than the official remix to “Plug Walk.”

“‘Blood Walk’ is out somewhere on the internet,” 6ix9ine said. “I didn’t release it, but I guess somehow somebody got the official audio. It’s not even a fuckin’ fully finished song. I guess someone just fuckin’ looped it, but it’s out on the internet somehow.”

#tekashi69 comments on the leak of his #bloodwalk freestyle doing more views on YouTube than the official plug walk remix. Which y’all fw more???

He added, “I’m just making this video ’cause I find something so hilarious. I was never gonna release ‘Blood Walk’ ’cause I guess there was already an official remix to the ‘Plug Walk’ shit. So, I didn’t want to release it. But, I find it mad funny that I didn’t even promote the song and the official remix that was released before the ‘Blood Walk’ got leaked has less views than the one I made.”