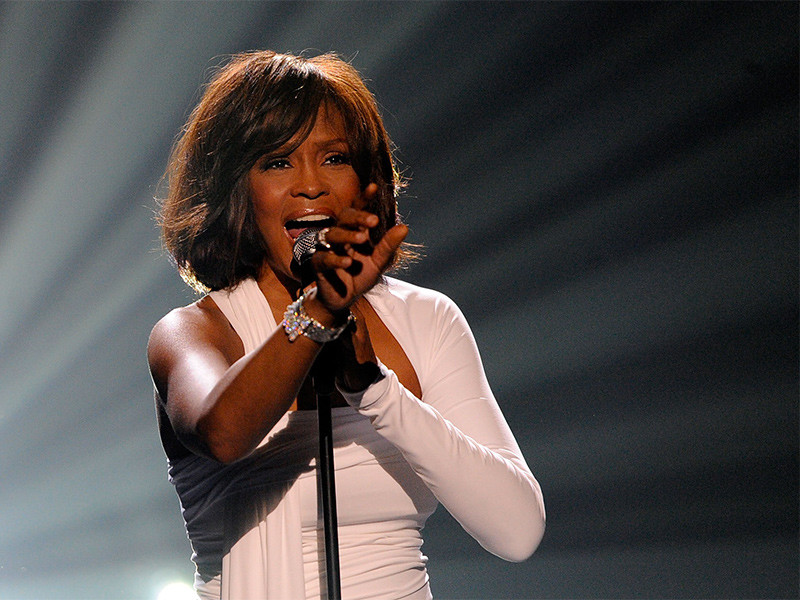 Gary Michael Houston’s comments come just a short while after Whitney Houston’s cousin, Damon Elliott, told People Magazine he thought the use of the image was “disgusting.”

“Not to be divisive, but I’m of a different mindset when it comes to situations like this,” Gary Michael Houston, the 31-year-old son of Whitney Houston’s older brother Michael, said in a statement to Good Morning America. “People will automatically look to people like Pusha T and Kanye West and try to place blame or say they have ill or malicious intent in order to gain publicity. But I get it. I get the correlation (sans my aunt but the photo itself), and I actually love the album.”

Gary Michael Houston, a Hip Hop artist in his own right, says those who have expressed anger at the use of the image should direct their frustration toward the family member who snapped and sold the picture more than 10 years ago.

“Bottom line — they are artists and in this day and age, if they can afford to pay someone for usage of that photograph in order to convey a visual message to accompany their musicianship … then so be it,” he said. “The bigger issue is deeper and one that most people (including folks who claim to be so heartbroken and traumatized by the usage of the photo) choose to conveniently ignore and bypass.”

“The person who violated the trust of my aunt by taking the photo and selling it to tabloids for their own personal and/or financial gain is more of a travesty to me,” Gary Michael Houston added. “People should research that — because whoever exposed it are the people who violated her trust, mistreated her, and who should ultimately be held accountable for contributing to circumstances surrounding her demise.”

Gary Michael Houston is currently promoting the upcoming documentary Whitney, and says the late singer’s family has more pressing issues to deal with than an old photograph.

“‘Ye nor Push are the reasons this is a topic,” he said. “The conniving people who leaked it are. Anyone speaking out about this is a ‘dollar late and a day short.’ The photo is public, it already happened … Nobody came to her defense when she was alive and when it came out initially, so why champion the cause now?”

“In summation, I think I speak for rest of my immediate family when I say that we are focused on way more important things than an old photo,” he added.

Kanye West paid $85,000 to license the photograph, which was taken in Whitney Houston’s Atlanta home in 2006.