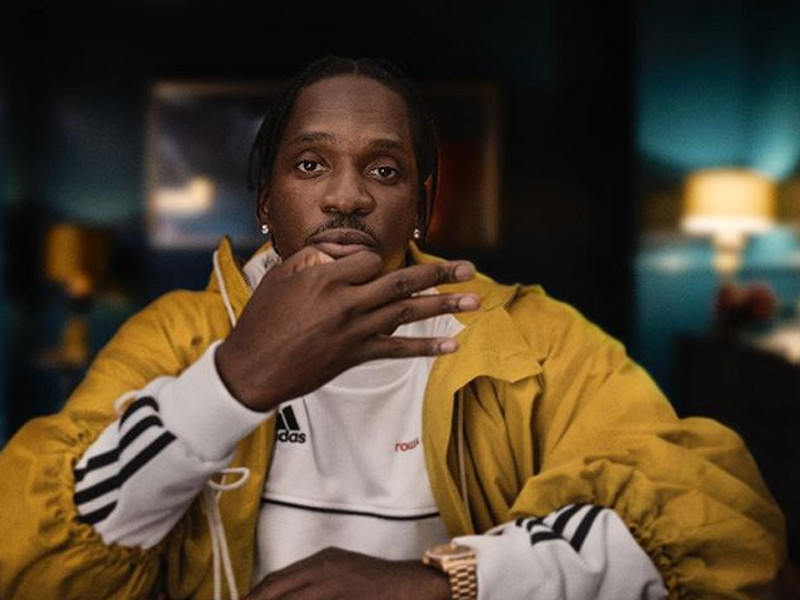 King Push season is upon us. In less than 24 hours, GOOD Music president Pusha T is set to drop his highly anticipated DAYTONA LP. As with most projects and initiatives helmed by Kanye West, the project was still being tweaked — in fact, even the day ahead of the release Pusha himself hadn’t seen the final cover artwork.

The finalized cover, which Yeezy reportedly changed last minute, cost $85,000 to license — a price Kanye humbly paid out of pocket. The image, confirmed by Pusha T’s representatives, was taken in Whitney Houston’s washroom in 2006.

The image reportedly comes from a tabloid and shows a disgustingly dirty room with “a crack pipe and cocaine-encrusted spoons” laying around.

“[Kanye] changed my artwork last night at 1 a.m.,” he told Angie Martinez in an interview that aired Thursday (May 24). When asked why, he simply replied “he wasn’t feeling it” with a laugh. “Everything is happening in real time.”

According to Pusha, he received a late-night call from Yeezy, who stated “This is what people need to see to go along with this music … Imma pay for that.”

Also Thursday, Pusha appeared on a new episode of For The Record — hosted by Rob Markman — where he spoke on lyrics from “Infrared,” aimed at Drake.

“I feel like, everybody felt the ‘Two Birds, One Stone,’ you know, that was Pusha T, Cudi aimed, so on and so forth,” he said. “I can’t have an argument about how real I am. Let’s not do that … If it’s rap, let’s let it be that. I mean, I’m just speaking my truth on this. I don’t think it’s anything disputable.”