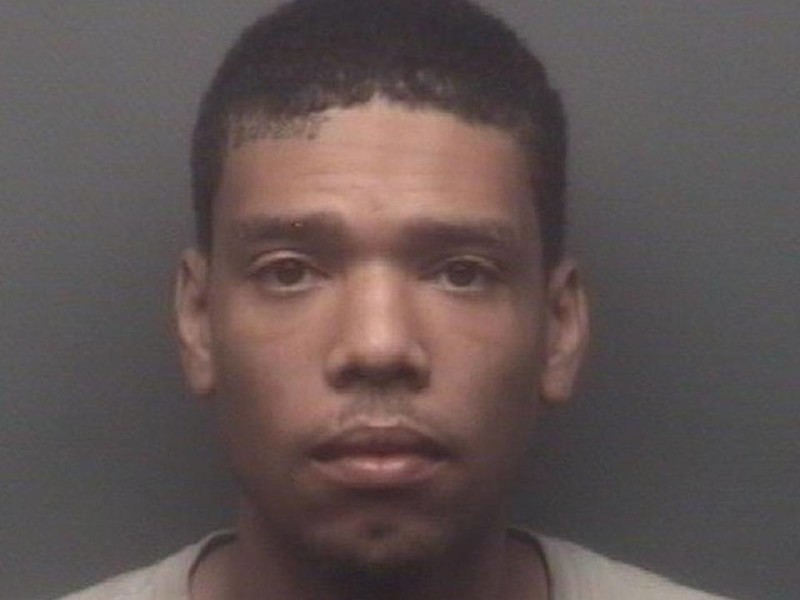 Tay-K Associate Sentenced To Life In Prison For Capital Murder

Fort Worth, TX – Latharian Merritt, the man accused of pulling the trigger during the 2016 botched robbery that also implicated “The Race” rapper Tay-K, met his fate on Thursday (May 24) after a jury took three hours to decide his future.

According to the Star-Telegram, the 24-year-old Long Beach, California native will serve out the rest of his days in prison after being handed a life sentence for capital murder. The death penalty was waived before the start of the trial.

On July 26, 2016, Merrit and six other individuals (including Tay-K) were arrested after Ethan Walker, the father of a 3-year-old daughter, was killed during a home invasion on the 1500 block of Aspen Court in Mansfield, Texas.

The arrest prompted national attention after when the then 16-year-old Tay K (born Taymor Travon McIntyre in Long Beach) cut off his ankle monitors and led police on a nationwide manhunt before being captured on June 30, 2017, by U.S Marshals in Elizabeth, New Jersey.

During his fugitive freedom, he recorded his breakout record, “The Race,” where he taunted his would-be captors.

During hearings on Wednesday (May 23), a witness to the crime testified Tay-K was angry that Merritt “popped someone and we only got a little cash and a watch” after the robbery.

Zach Beloate, 19, who was also shot during the fatal robbery and said to be the gang’s initial target, testified the bullet entered his shoulder and exited through his chest.

Merritt’s attorney, Tim Moore, had argued that Merritt didn’t go into the robbery with murderous intentions, citing how Walker was shot once (in the stomach) and an onlooking girl was never threatened with gun violence.

“My finger must have been on the trigger, but I don’t remember pulling the trigger,” Moore said during the trial, directly quoting Merritt’s recount of the incident from a videotaped Mansfield police interview that was shown to the jury.

“I’m sorry I was in that situation,” Merritt told Walker’s family.

As part of a plea bargain arrangement, Holt was promised a 20-year-sentence by the prosecution in exchange for her testimony in the Merritt and upcoming trials of the aforementioned defendants.

Tay-K’s manager, Ezra Averill, recently took to social media to affirm his controversial client would not be facing the death penalty in his upcoming capital murder trial, which, as of press time, still has no set date.