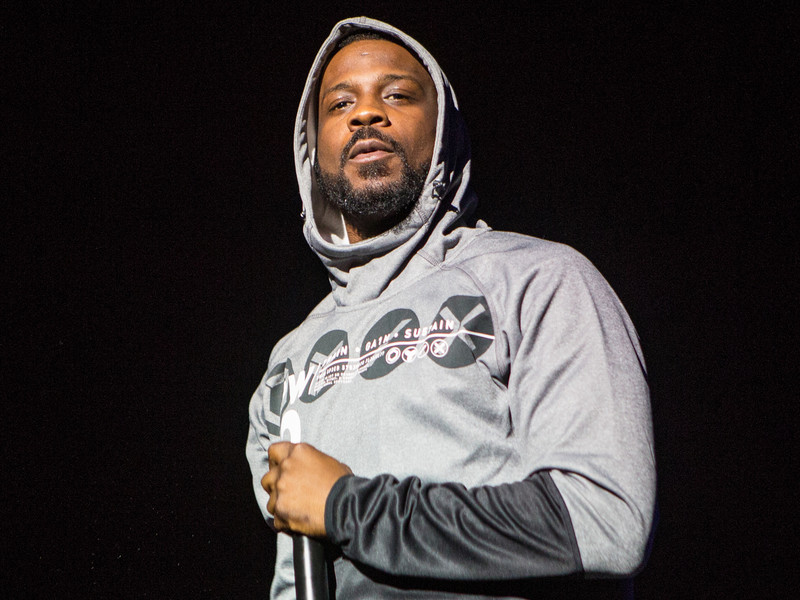 The Top Dawg Entertainment artist makes his return with 13-track LP featuring production by Mike WiLL Made-It, Jake One, Cardo and Boi-1da, among others. Guests on Rock’s project include Kendrick Lamar, J. Cole, SZA, Future and Jeremih.

View the Redemption stream, cover art and tracklist below.

(This post has been updated. The following was originally published on June 8, 2018.)

There had been reports of a “dream” collaboration with JAY-Z, but it looks like the feature is either unlisted or didn’t make the album’s final cut. “King’s Dead,” which was previously released on the Black Panther: The Album with a Kendrick feature, doesn’t formally list him on the version in this new tracklist.

Production comes from Sounwave, Mike WiLL Made-It, Boi-1da and Hit-Boy, among others.

Rock also shared the album’s opening cut, “The Bloodiest,” ahead of the June 15 release.

Check out the tracklist, credits and more info below.

Jay Rock is beginning the rollout for his next album. The Top Dawg Entertainment artist has announced his next LP will be titled Redemption and is scheduled to be released on June 15. The West Coast rhymer revealed the news along with the cover artwork in an Instagram post on Monday (May 21).

Last week, Rock excited fans by dropping a new single titled “Win.” It is unclear if the song will appear on the album.

Redemption will be Rock’s first LP since 2015’s 90059. In a January interview, he shared a few details about the project, confirming a Kendrick Lamar guest appearance as well as noting producers such as Cardo and Sounwave were among the key contributors.

“The sound is crazy,” he said. “I don’t wanna too much talk about it. I just wanna drop it and let it go from there. Trust me, y’all won’t be disappointed.”