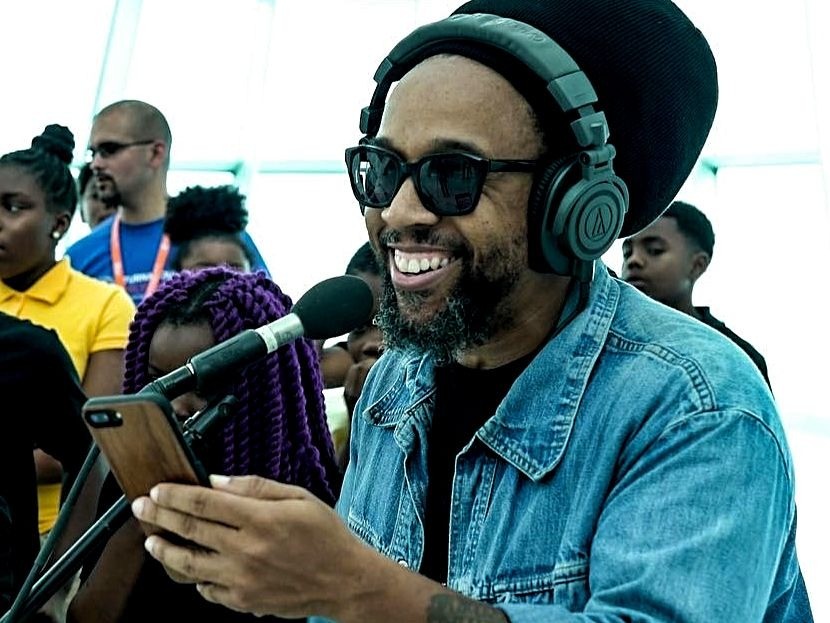 The Grammy Award winner’s most recent venture, 16 Bars, finds him diving into the world of film and prison reform. The veteran MC spent 10 days in a Richmond, Virginia city jail, where he set up a recording studio and worked on music with four inmates. The idea was partially inspired by a 2015 episode of CNN’s This Is Life featuring Lisa Ling.

“My manager Joe Lamont and I were deeply moved by a CNN special about a dads and daughters dance for inmates in the Richmond correctional facility,” Speech tells HipHopDX. “He reached out to them to see if I could go in and write music with them. It took around two years, but we finally got to do it.”

YO! 10 Days in Jail to make music with inmates and documented it all! This Saturday my film #16BARS with partners @resonantpictures and Joe Lamont premieres at #DOCLANDSFilmfestival – ITS ALREADY SOLD OUT! #PACKEDHOUSE ????????#PrisonSystemREFORM ????????Sign our mailing list ADtheBand.com (at the bottom) Press Inquires: Mike@VagabondPro.com

Speech was also interested in continuing the narrative established in Ava DuVernay’s Oscar-nominated criminal justice documentary, 13th, after seeing the film in 2016.

“The prison reform movement was really in full swing with the brilliant documentary 13th,” he explains. “The nation is ready to have this issue dealt with. Our ability to film was a matter of God’s plan. Yes, it took two years, but it was well worth the wait.

“The album and movie are about the microcosm follow-up of 13th, which was about the big issues of race, slavery and oppression. This film takes you into the lives of just four of the millions facing those big picture issues.”

The four inmates Speech worked with were part of a unique rehabilitation effort and included one recently released inmate who struggles to adapt to life on the outside. While making the project in the jail‘s makeshift recording studio, Speech was blown away by what he discovered.

“It’s hard to sum it up into one but all the recording experiences and how talented the inmates were were the most memorable moments,” he says. “From classically trained dudes to hard rhymers, there’s some very amazing artists sitting behind bars and I wasn’t expecting that level of talent.”

The world premiere of 16 BARS was a SUCCESS! ??❤️??✊? The film did more than I expected. It informed, moved souls and caused deep compassion! That’s what art is supposed to do… cause raw, unbridled emotion! ?? I’ll never forget the young woman who was literally unable to ask a question after the movie cuz she was crying! I’ll never forget the stories people shared with me afterwards. The tears in their eyes, the joy in their hearts and the will to mobilize because they saw our film. It was SOLDOUT much love to @doclands film festival for a wonderful job! The people of San Rafael and my dude #jahi #PublicEnemy for support! ?? My dude Teddy and his moms Loretta for their testimony! And of course @resonantpictures and Joe Lamont my partners on this project! Special shout out to: #sheriffwoody #sarahyarbrough

In addition to promoting 16 Bars and touring with Arrested Development, Speech says he’s working hard on “conscious content” as well as a show called Hoodwinked, podcasts and more.

“I wanna be a positive resource for this generation,” he says. “That is my role in life.”