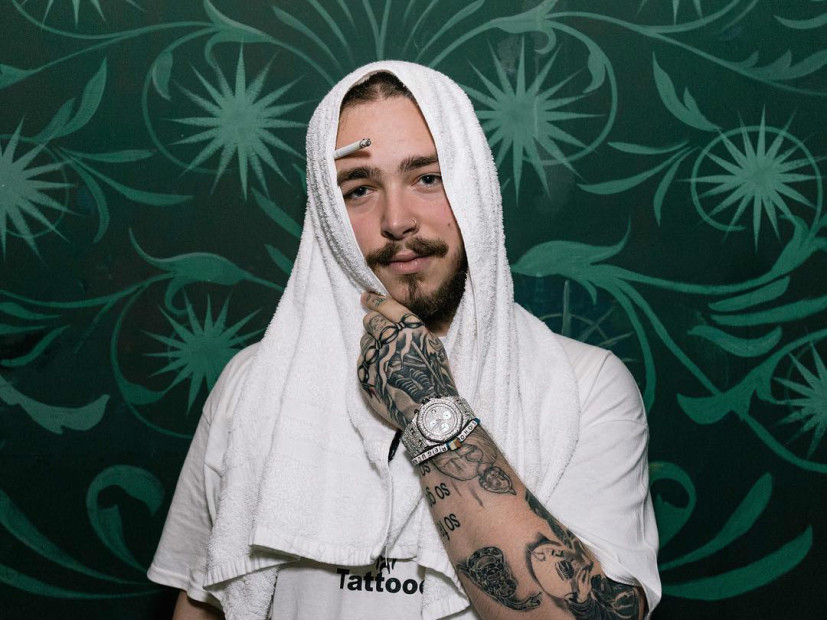 Post Malone’s sophomore album Beerbongs & Bentleys debuted at #1 on the Billboard 200 chart this week, marking the Texas-bred rapper’s first chart-topping LP. Now, the 22-year-old has surpassed the Billboard record for the most simultaneous hits in the Hot 100’s Top 20, which was previously held by The Beatles and J. Cole.

According to Billboard, the “Rockstar” artist currently has nine songs in the Hot 100’s Top 20, beating out Cole and The Beatles who were tied at six. The British pop legends had held the record since 1964. [apple_news_ad type=”any”]

The video for “Psycho” has racked up over 133 million views since its March release and the blood-soaked “Rockstar” visual is sitting at over 325 million views.

The 21 Savage-assisted “Rockstar” also made a sizable leap from #32 to #8 after originally hitting the chart at #1 and staying there for eight weeks.

Beerbongs & Bentleys serves as his follow-up to 2016’s Stoney, which has been on the Billboard 200 for the past 73 weeks.[apple_news_ad type=”any”]