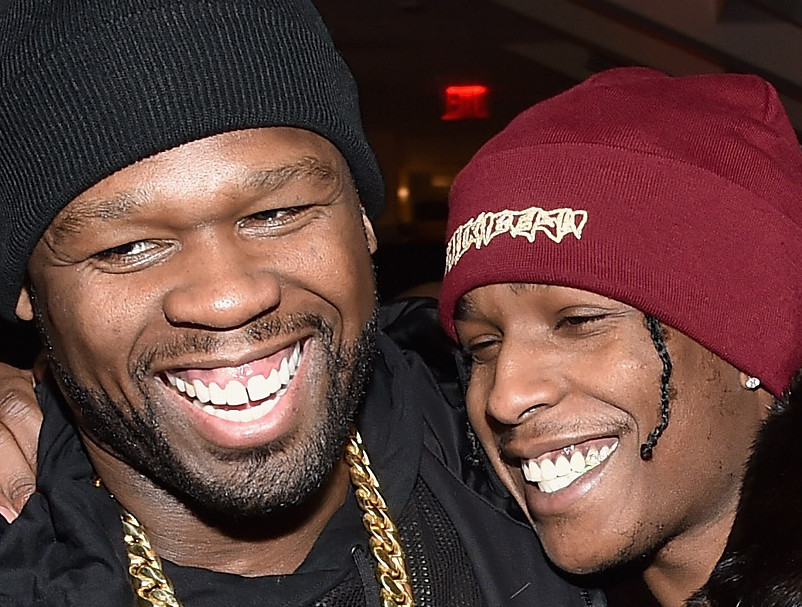 But those who frequent Hip Hop social media know A$AP Rocky (and crew) are always down to play the dozens at a moment’s notice.

So when 50 spotted a photo of Flacco looking very alt-GQ with custom Gucci apparel (and the bag to match), the real-life Kanan decided to let the hashtag chopper fly.

“I said get the strap,” Fiddy quipped with his now infamous catchphrase adding, “not get the bag” smh HARLEM SHIT AGAIN. LOL”

l said ??get the strap, ?not get the bag?‍♂️smh HARLEM SHIT AGAIN. LOL

It didn’t take long for Rocky to fire back with some retorts — and managed to hurl Slim Shady’s name into the all caps melee.

The comical snapshot was taken at the recent Gucci SoHo store opening in New York City, where Rocky was a guest.

It’s all fun and games, people. But let us know what you think about A$AP Rocky’s gear in the comment section. According to Look Alive, those jeans ran him $650.