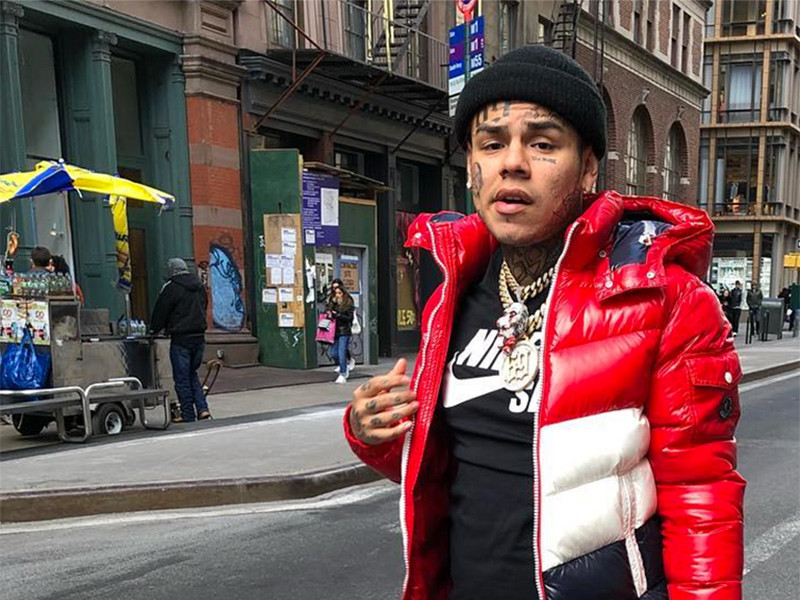 Tekashi 6ix9ine is reportedly banned from performing at Brooklyn’s Barclays Center, according to TMZ.

The controversial rapper was scheduled to appear on June 8 as part of Brooklyn’s Soulfrito Fest 2018 but because 6ix9ine’s manager is a person of interest in a shooting that took place at the venue, the DAY69 artist is not allowed inside.

The incident allegedly occurred on April 21 inside the Barclays Center at the Adrien Broner (vs. Jessie Vargas) boxing match. 6ix9ine’s entourage reportedly got into a scuffle with Brooklyn’s MC Casanova and his crew.

Afterward, 6ix9ine and Broner exchanged insults on Twitter, with the former four-weight world champion calling him a “bitch-ass nigga.”[apple_news_ad type=”any”]

The 20-year-old’s manager, Tr3yway, is reportedly being investigated by police for not only that shooting but also one in the Brooklyn streets. So far, the normally outspoken rainbow-haired rapper hasn’t addressed the alleged ban on any of his social media handles.

HipHopDX reached out to the venue but didn’t immediately hear back.