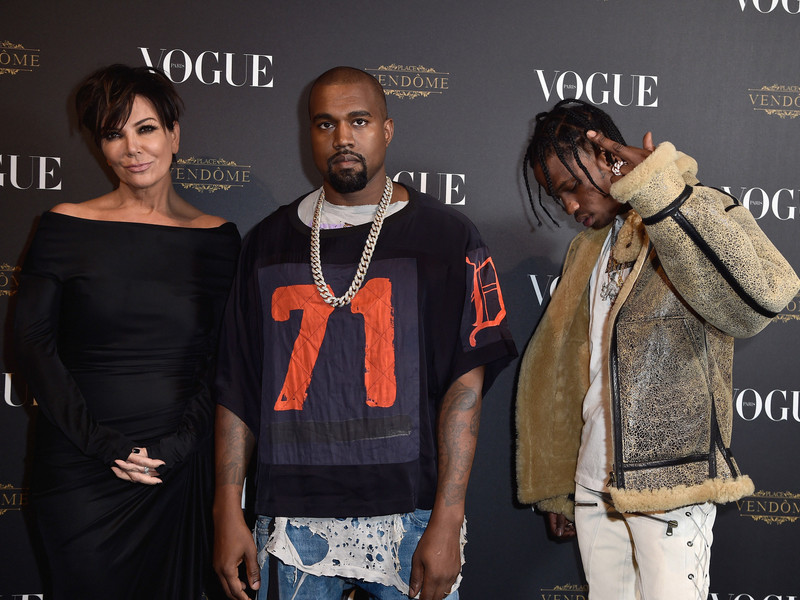 Kris Jenner isn’t the new manager of Kanye West and Travis Scott’s careers, according to her daughter. Kylie Jenner has refuted a report by Page Six, which claims her mother is guiding the careers of both Hip Hop stars.

“This isn’t true,” the younger Jenner tweeted, along with the facepalm emoji.

In its article, Page Six claimed the matriarch of the Kardashian-Jenner family is responsible for Yeezy parting ways with his manager Izzy Zivkovic and Scott leaving Mark Gillespie’s Three Six Zero management.

“Kris is in [West’s] ears,” an insider told the gossip outlet. “Kanye’s been making changes and [he and Zivkovic] have grown apart — but Kris definitely gives her opinion and Kanye’s all ears. She’s about brand building and is gangster at it … She also told Travis Scott to fire Mark Gillespie. They are 100 percent part of that Kardashian-Jenner brand.”

West has tangentially been part of the Kardashian-Jenner empire via his marriage to Kim Kardashian. Scott is in a relationship with Kylie Jenner, and the two recently welcomed their first daughter into the world.