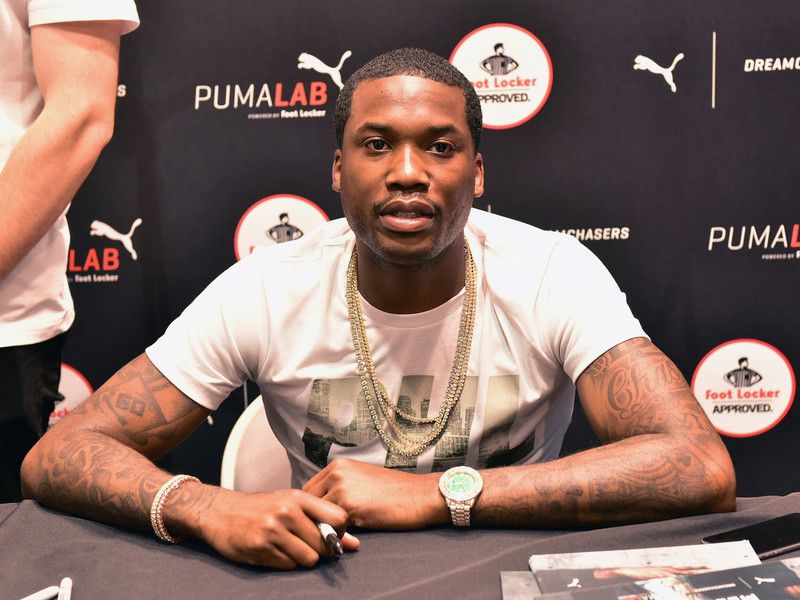 Meek Mill’s bid to be released from prison has been struck down. Judge Genece Brinkley, who has been heavily scrutinized for her handling of the Dreamchasers founder’s probation violation case, rejected his request for bail on Monday (April 2).

“Defendant received proper notice of all alleged probation violations in advance of his hearing,” she wrote in court documents obtained by the New York Daily News. “The sentence imposed was not manifestly excessive and this Court stated sufficient reasons on the record to support a state sentence of 2 to 4 years.”

Judge Brinkley also refused to recuse herself from the case amid allegations of bias against Meek. The judge specifically denied claims she asked him to give her a shoutout in a song.

“This bald allegation has no basis in reality,” she wrote. “There is zero evidence to support this claim. The court has repeatedly told Defendant that he cannot demand special treatment just because he has chosen to be an entertainer.”

Meek’s lawyers have already filed a petition to the Pennsylvania Supreme Court in an effort to get their client out of prison. The legal counsel believes Monday’s decision confirms their allegations of bias against Judge Brinkley.

“This ruling from Judge Genece Brinkley simply reaffirms the fact she has turned Meek Mill’s case into a personal vendetta,” Meek’s lawyer Joe Tacopina said in a statement to Philadelphia’s CBS 3.

The judge’s ruling comes after a report revealed Meek’s original arresting officer, Reginald Graham, was on a list of allegedly corrupt cops who were part of a “Do Not Testify” roster. Following the report, Philadelphia District Attorney Larry Krasner said he was unopposed to Meek being released on bail. Pennsylvania governor Tom Wolf came out in support of the “Dreams and Nightmares” rapper’s release as well.