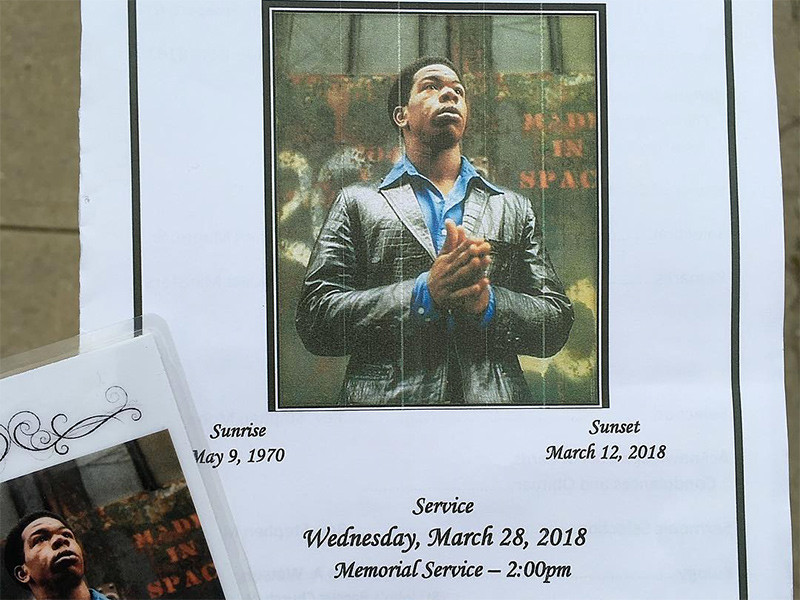 Hempstead, NY – DJ Scratch has provided more information about the services for the late Craig Mack, noting that Diddy was actually unaware of the recent memorial. The veteran DJ raised some eyebrows when he noted he was the “only famous person” to attend.

According to Scratch, the service was put together by a childhood friend of Mack because his friends and colleagues weren’t allowed to attend the actual funeral. In fact, Diddy offered to pay for the funeral but was turned down by Mack’s fellow church members.

“When I left Craig’s memorial service I called @Diddy to thank him for giving Craig the platform for the world to know Craig Mack’s music,” Scratch wrote. “I told him I just left the service, he said “They buried Craig already, what service are you talking about?!?”. He didn’t know about the memorial service. @diddy offered to pay for Craig Mack’s funeral, but the religious community Craig was in declined. None of his Friends or colleagues were allowed to attend his funeral. Diddy respected their wishes. Craig was immediately buried on the property where he lived. Yesterday’s service was a memorial for Craig’s friends in NY & for fans to attend thrown by Craig’s childhood friend Alvin Toney.”

Much of the post details Scratch’s history with Mack, but it’s mainly a clarification of his previous remarks. His original comments prompted some criticism of Diddy.

“If you look at my post the day Craig passed I praised @Diddy for signing Craig because I saw what he went through,” he continued. “I said no famous people showed up to Craig’s memorial service was weird because I saw so much love online, but I didn’t see a line outside. If @Diddy didn’t say yes, there be no Flava in our ears. Salute Diddy!!!”

DJ Scratch hit Instagram late last night to reveal that he was “the only famous person to show up” at Craig Mack’s memorial service at the Faith Baptist Church in Hempstead, New York on Wednesday (March 28).

Scratch — who was one of the first to post about Mack’s passing earlier this month — shared an image of the late rapper’s order of service along with a startling caption.

“I’ve never been to a service for someone famous & I was the only famous person to show up. Very weird day today, but what puts a smile on my face is that Lil Bro was at peace way before he passed away. That’s what matters most to me,” he wrote.

Mack passed away on March 12 at the age of 47. It was later reported that the “Flava In Ya Ear” rapper died from heart failure at a hospital near his home in Walterboro, South Carolina.