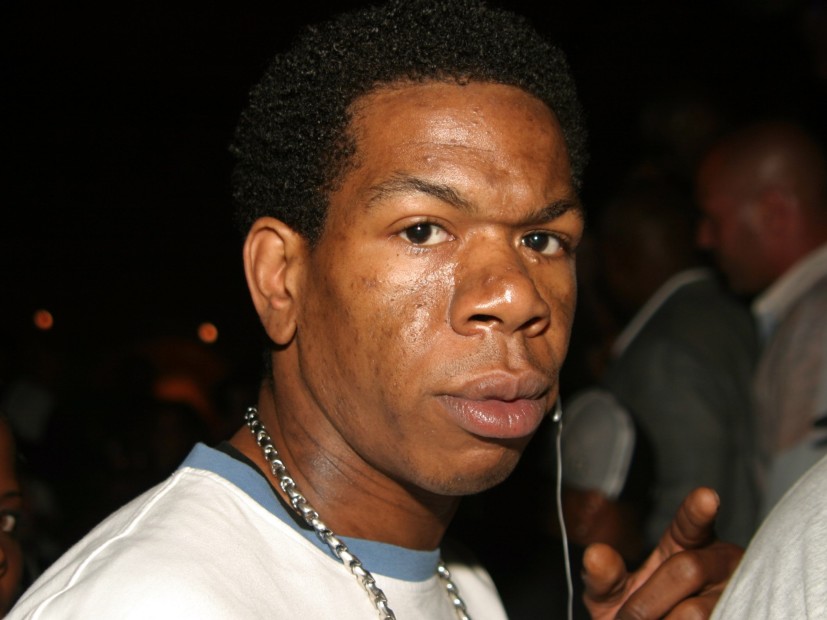 Hip Hop vet Craig Mack passed away from heart failure at a hospital near his Walterboro, South Carolina home on Monday (March 12), according to the New York Daily News.

“Nobody got to understand his story,” Toney said. “I wanted the world to know the talent he had. It was something I wanted people to enjoy, but it was cut short because he was very religious and wanted to go to church.”

During the visit, Toney said Mack told him he’d been ill for some time and knew his days were numbered.

As news of Mack’s passing continues to spread online, more and more Hip Hop personalities have flocked to social media to pay their respects and offer their condolences.

EPMD’s Erick Sermon revealed Mack was in the process of wrapping up a new album before his passing.

I'm devastated over the news of Craig Mack.. We just finishing up his new album.. smh.. Rest in Power Craig…

R.I.P to one of my good friends..#craigmack and I was young kids at my grandmother's house listening to red alert and WBLS. Waiting to hear the new rap records to record on the cassette tape… we heard #publicenemy @rakim and @officialbizmarkie one night..we lost our minds.. when I got famous I took him on tour with me..then he went home and signed to the label I was on at the time to show me he belongs with the HITSQUAD…then #EPMD broke up..he was devastated..@alvintoney took him to #puffy #badboy and the rest is history..you will be missed… #ahhhh boyyyy.. #mrbadboy himself….@djdiamondtheartist @lenny_ace @coachbernard

Mack is survived by his wife and two children.

Rest in power Craig. May the almighty embrace your soul & lift up your family and friends. it was a pleasure to know you & rock with you. You $tepped away from the game & did it your way.. I always respected that.#RIPCraigMack

1994, lunch.
Me: I don't get Flava In Ya Ear. He's behind the beat.
My friend @evanhr: Or maybe Craig Mack has a new flow, and your brain literally isn't ready for it.
Me: …
*5 hours later*
Me: KICKIN..MAD…FLAVA…IN YA EARRRR
*Evan was right*#RIPCraigMack

Sad To Hear About Craig Mack Passing… Our First Gang Starr Tour Opening Up For EPMD In 1990 When Craig Was Just A Roadie Setting Up @djscratch Turntables and EPMD's Stage… After Every Gig He and Redman Would Battle The Whole Town In Our Hotel Lobby For Real Every Fuckin Night… Chubb Rock, Father MC and DJ Quik Were Also On The Tour. We Couldn't Afford A Tour Bus So I Drove My Mazda MPV And Followed The Bus With Me, Biggest Gord, Lil Dap & Guru. It Was Such A Family Atmosphere So We Toured Again In 1992 Along With Das Efx, K-Solo and Now Redman Was A Gold Artist Of His Own… This Is 2 Years Before The Bad Boy Label Era. Salute To Alvin Toney For The Confirmation and Also Touring With Us On 2 Of The Wildest Tours I've Ever Experienced In My Career… R.I.P. Mack #MCEZandTroup #GetRetarted @erick_sermon @pmd_mic_doc @redmangilla @ksolo @officialdasefx @djquik

Rest In Peace Craig Mack!! Mannnn the episodes we been through are none short of a movie!! Just thinking about some of the comical shit you used to do back in the days at my crib in Harlem, is the only thing that is making me smile right now!! You will be missed bro!! Rest Up good brother!! RIP Guru as well! ?

R.I.P C Mack !! welcome to your NEW LIFE brother ! Before BADBOY..You was Hit Squad ! My Tour Brother !! Blessing and Prayers to the MACK family ! He will be truelly missd !

RIP CRAIG MACK. Craig Mack started the revolution for Bad Boy with this record. Til this day. Still fucking Knocks!! #ripcraigmack TOMORROW IS NOT PROMISED. LIVE FOR TODAY. AND LIVE LIFE TO THE FULLEST!! WHATEVER YOU WANT IN LIFE. CHASE IT!!!

Craig Mack always held a special place in my heart for several reasons. On the “Get Down” Remix that Q Tip produced and rapped on I got my first shout out when Tip said,”Know Naim, Ray Tip what’s going on Love” My nickname was “Ray Tip” in correlation with Q Tip when I was a teenager. The first time I came out on stage with Q Tip was at a Craig Mack show at the Beacon Theatre where Tip was a surprise guest on his set and he brought me with him to perform. That night was Electric ⚡️⚡️⚡️ I always was felt like Craig was shunned for his looks and later written out of history for whatever “politics”. I remember seeing him casually walking down Sutphin Blvd at the end of The 90’s and it was shocking to me. It’s the consequences of the game but this guy did what MOST can’t. That 1st LP was Amazing. “Making Moves” is MY SHIT!!! Wish he would’ve gotten more out this Rap Shit, That Is All… #QueensAllDay