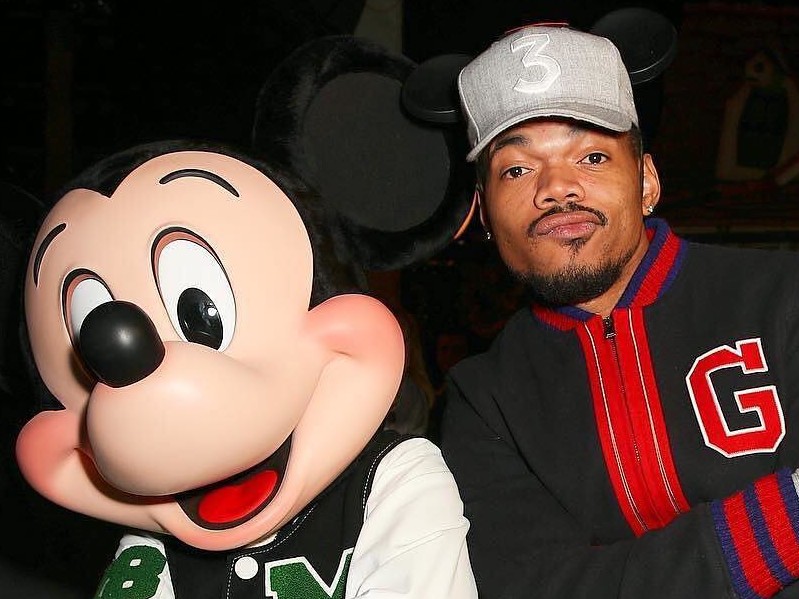 During a recent interview with HipHopDX (out in Poland of all places), DJ Jazzy Jeff anointed Chance The Rapper to be the heir apparent if a Fresh Prince of Bel-Air reboot were ever to manifest.

Both MCs share unique likeability attributes, acting talents, and undeniable music savvy so one could see why the legendary disc jockey would spout off Chance’s name with ease.

The word of Jazzy’s wishes traveled all the way to the awareness of Mrs. Lisa Bennett, who, according to the record-breaking Grammy Award-winning artist, told her son he’d best go ahead and fulfill that destiny.

During a recent sit-down on Pitchfork’s In Sight Out podcast, Chance literally laughed off the thought of filling Big Willie Style’s shoes.

“I’m not going to play the fucking Fresh Prince,” he chuckled to host Adrienne Samuels Gibbs. “I love the Fresh Prince. I love Will Smith. I have so much respect for him. I would never do that. But you know what, I would write on that joint.”

Chance has yet to have a recurring role — in film or television. But, he did score mega hashtag points for his November 2017 appearance as Saturday Night Live’s host, where he admitted to writing a pair of the skits: “Family Feud: Harvey Family Thanksgiving” and “Wayne Thanksgiving” — the latter being a self-proclaimed stroke of genius.

That said, Chance called the victory short-lived for Kevin Hart flipped the idea shortly after.

“And then, Kevin Hart had to try and come on two weeks later and reproduce my sketch but with Batman as a black man in a routine police stop. Who at the end, gets arrested for actually having cocaine. To which I say, ‘Where’s the political statement? What are you saying?'”

He continued, “I give one where I say, ‘Here’s Batman as a regular citizen.’ He’s a vigilante. We put all these dope lines in it. We wanna use terms like ‘excessive force’ and certain cool things; we have the sketch all put together. And it gets whittled down and watered down but you still get a dope piece. You still get a community upset about how this criminal justice is being enacted on them disproportionately. And you get to understand that Batman is focusing it on one specific group of people. And it’s not too in your face.

“People like and respond well to it. And my head gets gassed up because I’m like, ‘Oh, shit! I’m a writer now!’ And then, you look on TV and a couple weeks later … it’s Batman but now Batman is black and Batman is getting stopped by the police. And I’m like, ‘O.K. I see where you taking this. Batman is getting profiled in some way for being black. But in the end, after some questioning, Batman has cocaine on him and the whole [police] stop was justified. But where do you see that in society? What about Philando [Castille]?”

Chance went on to clarify he had zero beef with Kevin Hart and hopes to be back on SNL as the host and musical guest, for Eminem held down the latter honor during the episode in reference.

Listen to Chance’s full podcast down below for more gems on the culture. The Fresh Prince segment starts at the 30:40 mark.