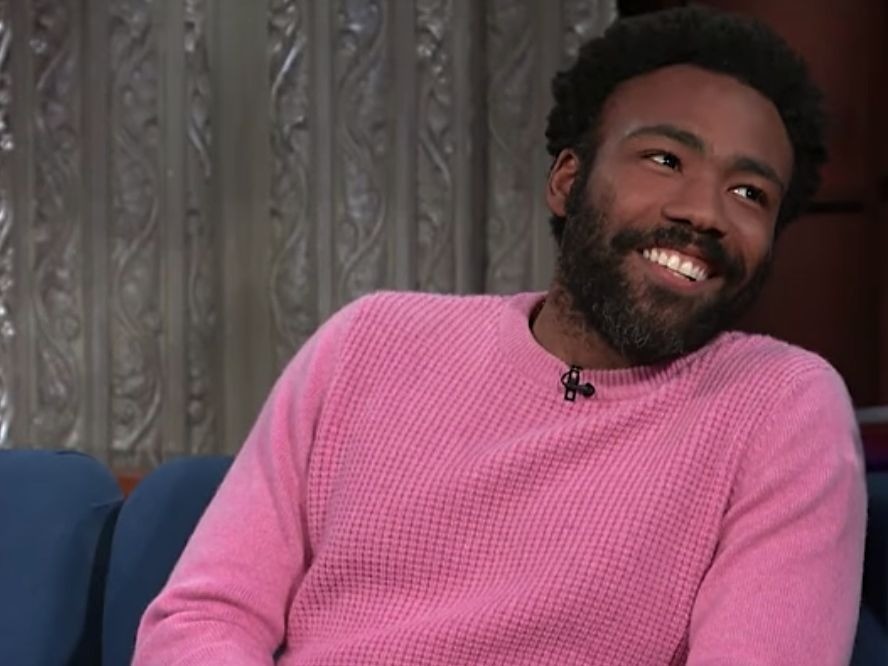 Donald Glover Dubs "Atlanta" The "Curb Your Enthusiasm" For Rappers

The second season of Donald Glover’s hit FX show Atlanta premieres Thursday (March 1), which means the show’s creator is making the press rounds to get the word out.

Glover, formerly known as Childish Gambino, stopped by The Late Show With Stephen Colbert on Wednesday (February 28) to chat about growing up as a Jehovah’s Witness, his music career and, of course, Atlanta.

“Being a rapper is super awkward,” he added. “You’re in a video and you got like champagne and butts close to your face … and then you have to go to Whole Foods, and the person is like, ‘Hey you’re that dude’ and you’re like, ‘Please I really want to buy this ice cream,’ but they’re like, ‘Yo you gotta be you right now, so let’s take this picture.’ You’re like, ‘Ok.’ You have to be that wrestler face but in the real world all the time.”

Glover also talked about why he decided to play the role of Paper Boi’s manager instead of a rapper himself.

His parents, who are strict Jehovah’s Witnesses, raised him according to their religious practices.

“I was taught the world was a bad place,” he said. “I wasn’t really allowed to watch T.V. I didn’t have birthdays. That’s a religion thing but I think with a bunch of kids, my mom was like that’s a lot of money to save.

“Magic’s not allowed. Card tricks, nothing like that. No Magic The Gathering. No Magic Johnson. No Magic Kingdom. None of it. All the little things a lot of people would get when they were younger were really fascinating to me as I got older.”

Initially, his parents didn’t understand what he was doing when he started his career working on TV shows like 30 Rock and Community. It didn’t coincide with their religious beliefs. In fact, it still doesn’t.

“When it first started, they just didn’t know what I was doing,” he said. “I think about it and it must have been so weird for them to come out to my plays like, ‘I’m doing this play and there’s this musician and this Klan member comes out.’ But they’re like, ‘Alright, we love you.'”

At the end of his appearance, Colbert brought out 6-year-old Girl Scout Charity Joy, who had remixed Gambino’s “Redbone” with her father to sell her Girl Scout cookies. Glover wound up buying 113 boxes of cookies on the show, helping Joy reach her sales goal.

“Childish Gambino is for the kids,” he said.