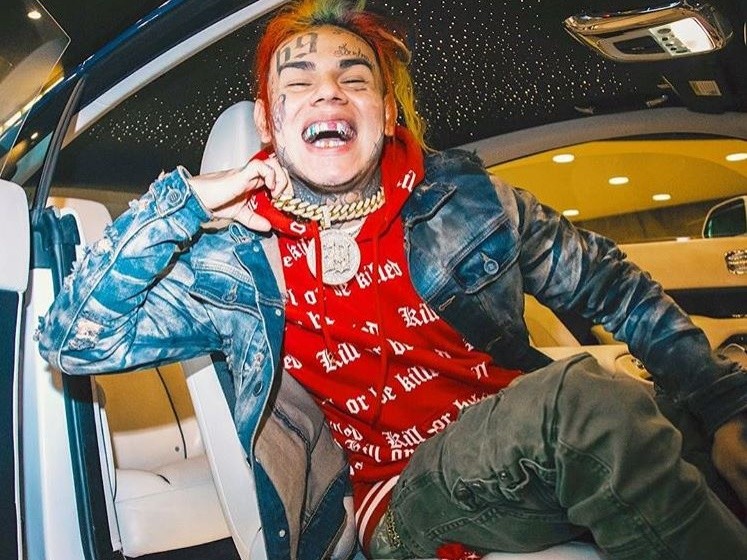 Rapper Tekashi 6ix9ine was overdue for a beating, according to Acie High of Texas-based rap group Aqualeo. Acie was involved in a brawl with 6ix9ine and his entourage at Los Angeles’ LAX Airport on Wednesday (February 21).

While speaking with TMZ, Acie revealed that it was about time the controversial New York City rapper got “his ass whooped” due to his questionable interactions with women. The Aqualeo member revealed that he and his partner, Priceless, were dropping some female friends off at the airport when those in 6ix9ine’s entourage allegedly began to bother the women.

Things eventually turned physical, with Acie, Priceless, and 6ix9ine and his entourage duking it out just outside the busy airport.

“He has a track record of bothering girls,” Acie said. “When we got there and he did that to our sisters and was bothering them. And they didn’t want to fuck with him, his entourage got upset. And they had some words about it. And we had some words about it. And one thing turned into another. But it had come his time to get his ass whooped. Cause he talks so much shit all the time.”

Acie added that he doesn’t regret the LAX brawl and says the ability to lay hands on 6ix9ine was “perfect alignment.”

Meanwhile, 6ix9ine told DJ Akademiks his own version of the story, framing it as some rappers just trying to get clout by fighting him.