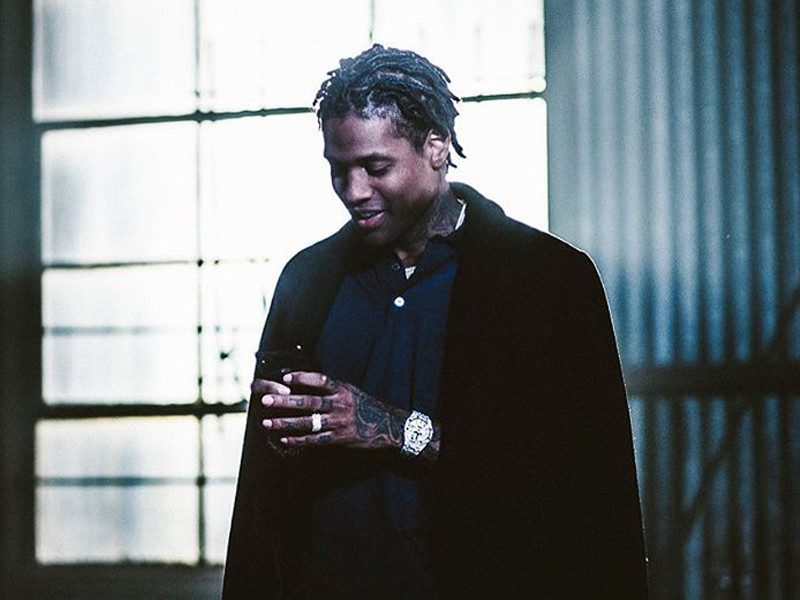 Chicago rapper Lil Durk has been incredibly active over the last three years — dropping two studio albums and six mixtapes. Still, his core fans have still been pressing him for the third installment of his Signed To The Streets mixtape series — the second of which dropped in the summer of 2014.

He teased its release last October with Signed To The Streets 2.5, but he gave a more accurate preview of what’s to come on January 11 when he dropped “1 (773) VULTURE,” a more “street” take on Logic’s “1-800-273-8255.” Logic’s song — a suicide-prevention awareness anthem featuring Alessia Cara and Khalid — was nominated for Song of the Year at the 2018 Grammys and has been generally praised for its message and impact.

Durk’s version offers a starkly different perspective. “It’s gon’ be a homicide, fuck with Durk and they dying today,” he sings on the chorus of the song, using the same melody as the original. After hearing what many have dubbed a “homicide version,” some fans reacted negatively via Twitter.

not to get all serious, but i think the message of logic’s song was important and helped many people and for lil durk to turn it into this is just disrespectful lmfao https://t.co/rCCu5xzApq

Lil durk did not remix that Logic suicide song into a homicide song pic.twitter.com/iJOe4TY2G4

lil durk bold for that logic remix my lord

Aware of the feedback, Durk took to Twitter to clarify his intentions, noting that it was never his intention to show “disrespect to the suicide people.”

However, his fans — many of which seem to not be big on Logic — didn’t see any issue with him using the same instrumental to share his version of reality.

No need to address anything Vulture. There’s people with different pains. Nigga’s in the streets need someone with a voice to rap about what we go through. We got a story too

People really mad Lil durk remixed logic's 1800 song. Durk's version way better than tha original. He telling facts that lots of us gone through. It ain't for everyone. If you never felt that pain or been through what he speaking on it's not for you. You'll never understand

No reason for apologies bro, different lyrics same beat. Just give us that #STTS3

Durk also recently posted an image to Instagram of himself on his phone with the caption, “Texting logic telling him i did the remix for the trenches #1773vulture and i love em.”