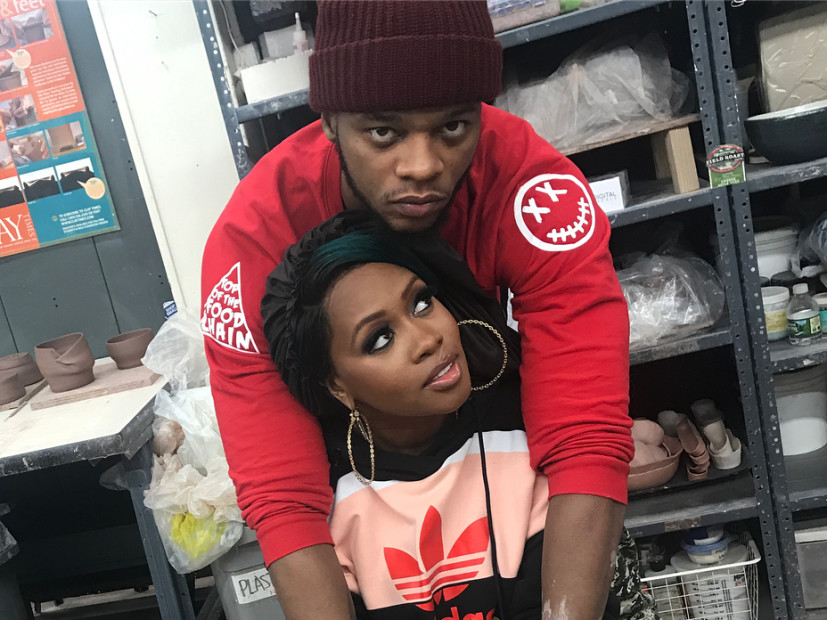 It appears Papoose and Remy Ma might be expecting their first child together.

Pap fueled rumors that his wife is pregnant after sharing an image via Instagram on Thursday (December 28) of a sign that read, “Ultra Sound Waiting Room,” along with the caption, “#blacklove How we started our day!”

?? #blacklove How we started our day!

He later shared a series of images of Remy Ma and himself making pottery, along with another alluding caption that read, “Hand made these bowls, for our unborn child. #pottery #blacklove”

Hand made these bowls, for our unborn child. #pottery #blacklove

The couple, who celebrated their nine-year anniversary in May, have yet to confirm or deny any further specifics about the apparent pregnancy.

In January, Remy Ma shared the news that the couple had suffered a miscarriage, though they didn’t disclose when it took place.

In a recent interview with HollywoodLife.com, Remy revealed she was in the early stages of using in-vitro fertilization in order to try and conceive.

If the couple are indeed expecting, it would be their first child together, though they both have children from previous relationships. Remy Ma has a teenage son, while Papoose has three children.