Nipsey Hussle Teams With Bino Rideaux For "No Pressure" Project 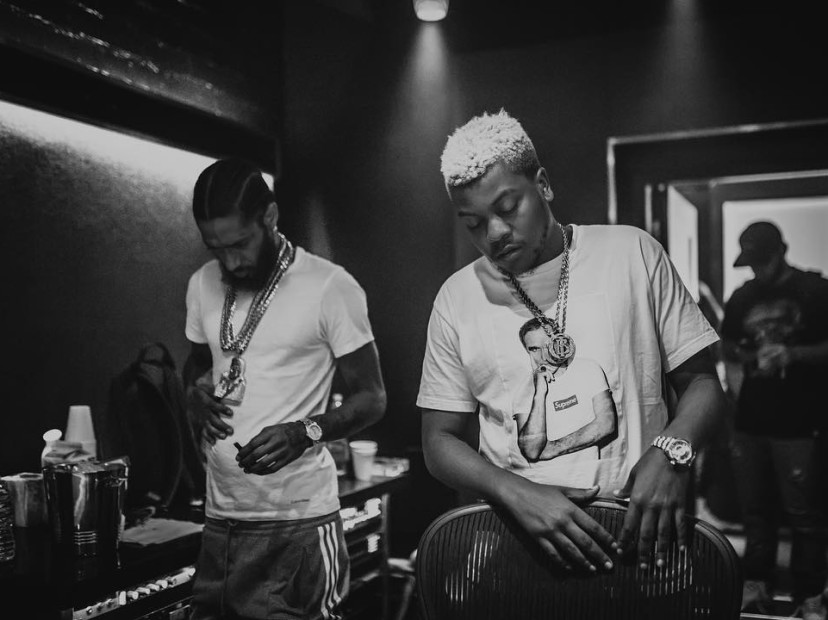 Los Angeles, CA – Nipsey Hussle has been hard at work in the studio, putting the finishing touches on his debut album Victory Lap. Ahead of the project’s release, he has given fans a precursor in the form of a collaborative mixtape with Los Angeles-based rapper Bino Rideaux titled, No Pressure.

No Pressure is an eight-track release featuring production by Nipsey’s longtime producers Mike & Keys, as well as Axel Folie, DJ Fu and G Ry. Dave East is the only guest on No Pressure, heard spitting on the cut “Blueprint.”

As for when Victory Lap will finally drop, the All Money In boss hinted at a December 1 release date in a since-deleted tweet.

“All the answers are in the new music,” the Crenshaw rapper tweeted. “Thank all my real ones for tolerating a artist pushing himself to be great in front of the world.”

On the last track of No Pressure, “Stucc In The Grind,” Nip’s monologue confirms that something special will happen on that date, but not necessarily an album release.