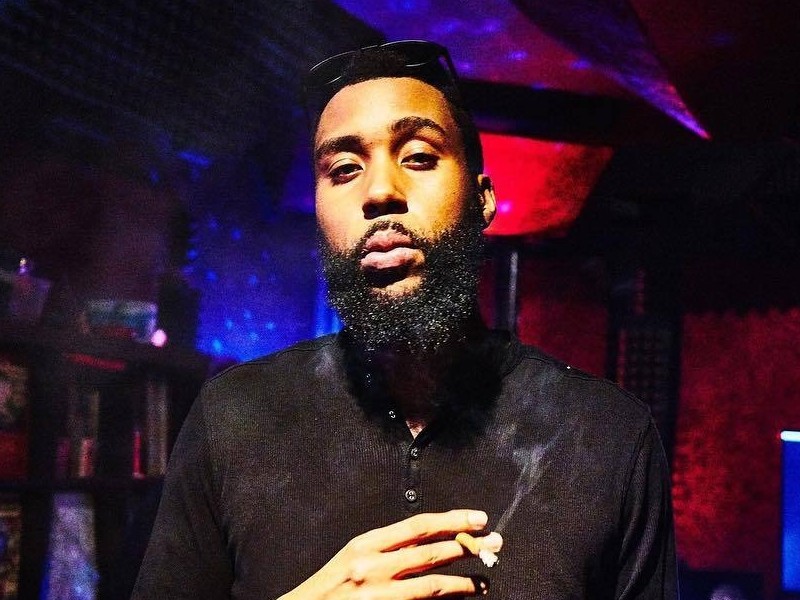 For years, West L.A. was an almost non-existent player in the West Coast Hip Hop scene. But around 2011, the Los Angeles subsection that sits next to the 405 freeway became ignited when DJ Mustard linked up with an up-and-coming artist from Bompton named YG on the song “Bitches Ain’t Shit.” From then on, “Mustard on the beat hoe” became a signature synonymous with hits.

As it turns out, actor/rapper Enimal is partially responsible for DJ Mustard learning how to make beats in the first place.

“DJ Mustard, that was my partner man,” Enimal told the #DXLive crew recently. “I actually helped him out on the production tip, taught him the very basics of production. He would come to my pops where I had my studio and he’d always be like ‘I wanna learn how to make beats’ and I’d be like ‘Get Reason bro. I’ll teach you how to do the very basics’ and sure enough a couple months later he got it.”

According to Enimal it wasn’t long after that Mustard began to improve and was stepping his game up.

“He’s hitting me up a couple months later on the phone like ‘Yo how do I add a sound?’” Enimal explained. “That was probably I wanna say 2008 or 2009 and then next thing I know he’s popping up with that YG ‘Bitches Ain’t Shit’ and then that ‘Rack City’ [by Tyga] and then he was out of here.”

Enimal has been an integral part of others’ successes his entire adult life. In addition to his early tutelage of Mustard, his sister Issa Rae landed a major deal with HBO for Insecure thanks in part to a web series she created that starred Enimal and his Fly Guys crew.

“[It was] a rockumentary about our plight through the music industry and the crazy trials and tribulations we went through trying to make it. That was our first introduction. We got on Worldstar, Vibe Magazine, a couple different publications. It was a learning experience for sure. We just kept grinding, kept mashing and eventually disbanded, but that was my first real introduction into the rap game.”

Amazing night in LA for the premiere of #InsecureHBO. I'm still in a dreamlike awe of this whole thing… October 9th things get real ? #whenyoursisterisasuperstar #enimeezy #coolgirlwasinthebuilding ?: @sethbrundle

A lot has happened for Enimal since those days. In addition to appearing on his sister’s show, he’s continuing to progress as a musician and plans to drop his next series of projects beginning in early 2018.

“It’s gonna be a series. The series is called Comma Club, so the first installment is Bottle Music,” he said. “We’re taking it to the club. We’re gonna turn up and have a good time. Ratchet shit, hood shit, fun shit, just positive upbeat kind of music where we’re having fun not taking myself too seriously.”

Enimal, who has also appeared in a number of national commercials, says his ultimate goal is to be a king of all trades.

“I look at somebody like Childish Gambino as kind of the model that I could see myself filling right now where he does music,” he said. “You can tell he has a passion for music. He’s well-respected as a musician and now he’s well-respected as an actor, as a writer, as a show creator. He wears a lot of hats and that just shows that you can break the mold.”

Check out the full interview with Enimal below and be sure to tune in to #DXLive every Thursday at 10 a.m. PST.