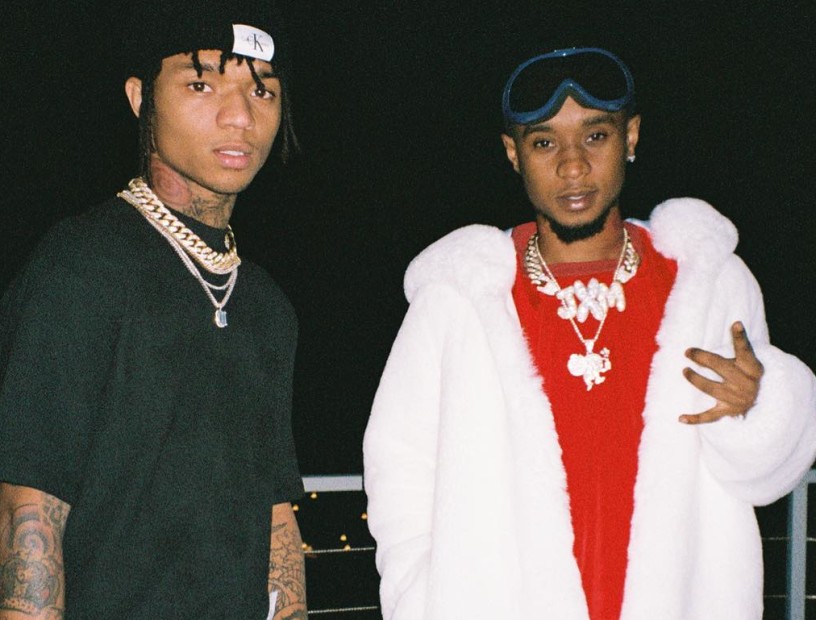 Los Angeles, CA – Unlike many who passed through Hip Hop’s historic hallways, the sophomore slump was highly allergic to Rae Sremmurd’s Sremmlife 2 album.

The Recording Industry Association of America recognizes albums that scan one million units in sales and the brothers Sremm, consisting of Slim Jxmmi and Swae Lee, have done just that.

Extremely blessed ?? Our second platinum album. Last year around this time the entire world was doing the mannequin challenge to Black Beatles. This album was a truly special body of work. Thank you to everyone who supports our records and everyone apart of the process of making this album. Shoutout to the DJs, Radio, DSPs, fans across the world, all the producers, engineers, SremmLife / EarDrummer Records team, Interscope Records/ Warner Chappel, @mikewillmadeit @raesremmurd @swaelee @unclejxm . With that being said we got some more legendary chart topping ?bangers coming very soon ???

As the album continues to rack up streams, check out the biggest (and most insane) moments down below.

It Featured Their (And Gucci Mane’s) Biggest Hit To Date

The single “Black Beatles” was rap ‘n roll for the soul and resulted in the Eardrummers duo’s first Billboard chart-topper — ditto for Gucci Mane — the record’s distinguished guest. It has since been certified 4x-platinum.

What do Paul McCartney, Destiny’s Child, Michelle Obama and Stephen Curry all have in common? The Mannequin Challenge — duh! For about a month straight, you couldn’t open up Instagram without seeing someone (or some group of people) stuck on silly as the haunting instrumental for “Black Beatles” lingered in the background. Once it jumped the shark on Hillary Clinton’s plane, it was time to permanently put it on ice, however.

The trends didn’t begin and end with the music. Although they’re not commonly referred to as lyricists, The Brothers Sremm did have all the kids blurting out “swang” thanks to their multi-platinum Billboard 100 hit.

Voted One Of HipHopDX’s Most Slept-On Albums Of 2016

Whether it was non-believers thinking their “No Flex Zone” and “No Type” intros were that of one-hit wonders (although that would make two wouldn’t it?) or fans stuck on the Mannequin Challenge, fanfare of the album was a slow build, but in the end, the platinum plaque gets the last laugh.