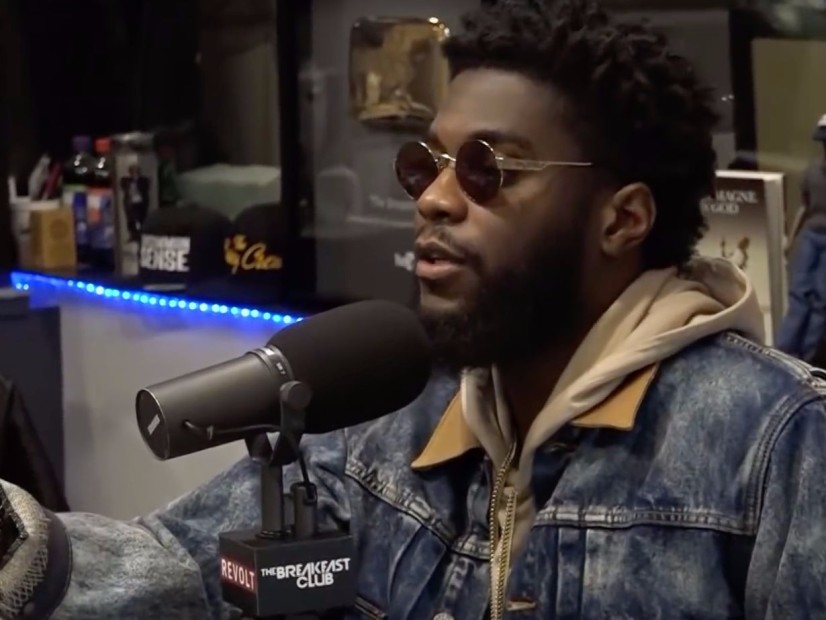 Big K.R.I.T. stopped by The Breakfast Club studios earlier this week in support of his latest album, 4eva Is A Mighty Long Time. During the interview, the Mississippi rapper admitted he went broke during the making of the project, which led him to the realization that fame and accolades weren’t what he was after.

“I went broke working on the album,” he said. “It was like a ‘It’s all gone’ kind of thing and you sit back and you’re like, ‘Oh the money wasn’t making me happy either.’ The materials I acquired wasn’t making me happy. Then I started to really get to the bottom of my depression and what I was going through, and that was chasing some shit I never wanted in the first place.”

His internal struggle with the limelight was most evident on the album cut, “Price of Fame,” which he also detailed in the conversation.

“‘Price of Fame’ is one of those [songs] reflecting on how far I got in my career at one point,” he said. “Then you going out, you partying and all that stuff, and you get back home, and there’s nobody to really share your successes with for real. Then you find yourself just indulging more in your vices.”

K.R.I.T. adds, “I started chasing accolades and seeing what my peers had, and becoming super competitive. I wasn’t living life. I kind of dialed back.”

For him, the key was putting the booze down and putting self-care at the top of the list.

“I slowed down on the drinking,” he admitted. “Really trying to eat right. What The Health? [documentary] scared everybody. My girl also just being a real positive person and kinda getting me to go outside. I just spent time — studio, touring, studio, touring and wasn’t experiencing life at all.”