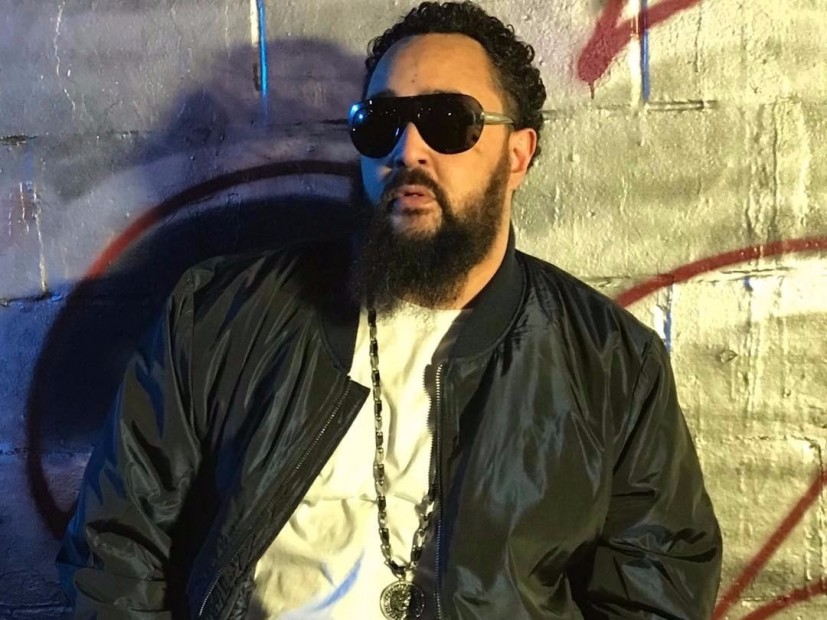 Although Stoneface isn’t exactly a household name, the North Philly rapper has a history in the rap world that runs deep. From his work with the late Sean Price to recent endeavors with Ras Kass, he’s been steadily making a name for himself over the past two decades.

Stoneface recently popped up in William Cooper’s “Holy Mountain” visual, which is one of the last videos Price appeared in before passing away. It was a dream collaboration for the longtime MC.

“Back in 2002, when I was working on Tragedy Khadafi’s Thug Matrix 2 that I am featured on, Sean Price was working in the same studio in the next room,” Stoneface tells HipHopDX. “I believe he was working on his project Monkey Bars. We vibed out and he even previewed some of the things he was working on. He may be the most down-to-earth artist I have ever met in the music industry. He was also so passionate and hungry about what he was working on. It was inspiring.”

Stoneface adds, “It was an honor to be a part of a great song with someone [Price] that I respected and showed me nothing but love since day one.”

What many may not realize is Stoneface is completely blind. In 1999, he was shot in the head at close range, died twice on the operating table and came back to life without his sight, an incident that was detailed on A&E’s I Survived … Beyond and Back series.

As Cooper tells DX, “Stoneface was also basically breaking up an argument before the shooting. His friend bumped into a girl at a gas station I believe. The man the girl was with had some words with Stone’s friend. He did his best to diffuse the situation, and thought he did. He got in the car to leave, and as he was pulling off, he turned his head and the last thing he saw was a gun aimed at his head. That’s the last thing he ever saw.”

The incident completely altered the trajectory of his life.

“It changed the way I see the world all the way down to my physical movements,” Stoneface says. “Learning how to move like a blind person is completely different than a sighted person. I have learned to be more perceptive and aware of my surroundings. I have actually become a better judge of character as a result of using my hearing to decipher good and bad energy, similar to looking someone directly in their eyes.

“Musically, I had to learn how to use portable recording devices in order to capture my rhymes during my writing process,” he continues. “The process was not easy to master. I also had to expand my memory in order to prepare for studio sessions and recite my verses.”

Overall, it’s given him a more spiritually-centered existence and, as he puts it, “opened up doors of excellence.”

“I have become a very spiritual person,” he says. “The Almighty Father has given me balance. That blessing gives me the strength every day to continue my journey. I have been born into a new person. I have been re-educated in many areas and have expanded myself. Ultimately, this tragedy opened up doors of excellence for me. It forced me to refocus my life and made me work harder to achieve success. I realize I have been given a second chance so I appreciate life more and more everyday.”

Fast-forward to 2017 and he’s preparing to drop his debut album, The Stone Age. In anticipation of the release, he’s shared a new video for “4th Dimension” featuring Ras Kass and William Cooper.

“It meant a lot to me that I was able to continue many of the relationships that began many years ago, like working with Freeway, Nature, 9th Prince and William Cooper on this album,” he says. “I feel the reason why I sound so well on tracks with many of these legends is because we have established real relationships … you can’t fake good karma.”

Pre-order The Stone Age here and check out the “4th Dimension” premiere above.