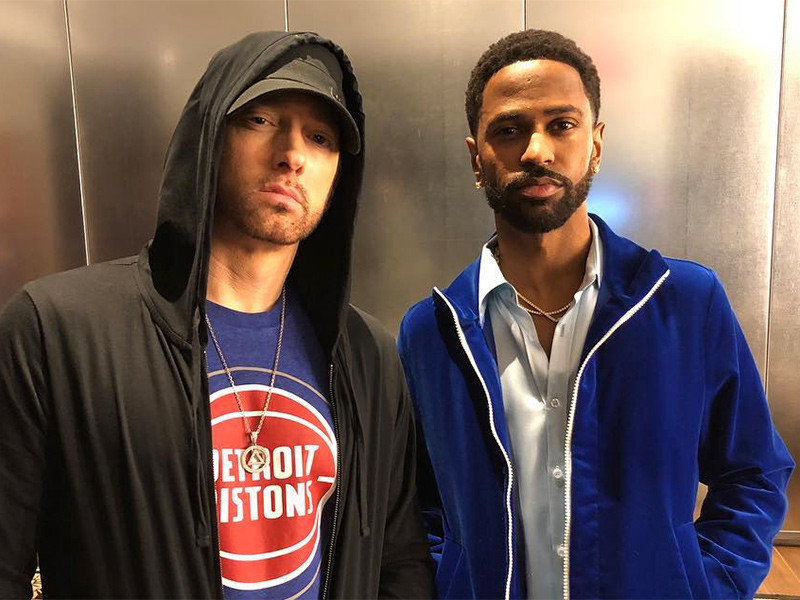 Eminem offered a rousing introduction for the Detroit Pistons on Wednesday night (October 18) at the team’s home opener.

Along with fans, Em celebrated the return of the Pistons to Detroit. The team had played at The Palace Of Auburn Hills since 1988, which is located in a suburb about 30 miles north of the city.

“Welcoming back for the first time in almost 40 years to our city, to my city, to your city. Make some noise for the Detroit Pistons. Let’s go,” an enthusiastic Eminem told the crowd.

EMINEM delivered a message to the crowd at Opening Night at @LCArena_Detroit! pic.twitter.com/0TpB6KU5fz

Big Sean and Kid Rock (who reportedly got boo’ed when he appeared on the overheard screen) also watched the Pistons beat the Charlotte Hornets 102-90.

DeJ Loaf performed before the game.

And Eminem’s “I Need A Doctor” collaborator Skylar Grey performed at half time.

.@SkylarGrey was stellar at halftime tonight. Take another look at her performance. pic.twitter.com/wn0smTCu5M

With chatter about a November release for Eminem’s next studio album, his appearance at the game seemed to add even more credibility to the rumors.

When it is released, the project will serve as Eminem’s ninth studio album.