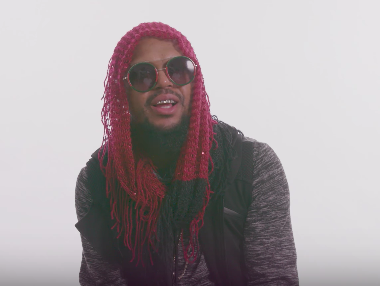 DJ Paul admits he feels like ‘90s Hip Hop is back with the recent spate of artists who have sampled tracks from Three 6 Mafia’s discography.

During a recent interview with Mass Appeal, DJ Paul cited A$AP Ferg, G-Eazy and Desiigner as some artists who are using Three 6’s music in 2017.

“People just really getting on it,” DJ Paul says. “The fans [have] been on it forever but a lot of people are only just really discovering it. Like, ‘Holy shit, what is this?’ Like it just came out because it goes with what’s going on right now. It’s like the ‘90s are back. We got a lot of kids – shout-out to the whole A$AP crew. A$AP Ferg new single ‘Plain Jane’ [is] fucking killing it right now. That’s a remake of ‘Slob on the Knob.’ The new G-Eazy, he got a little feel of ‘Slob on the Knob’ with A$AP Rocky and Cardi B. Desiigner sampled ‘Tear da Club Up.’ I know some hot, hot rappers in L.A. got Jheri curls. Did you know that Jheri curls is back? Jheri curls [is] back. Hard! I’m like, ‘Dammit!’ I love it because I’m from that age.”

Elsewhere in the interview, DJ Paul spoke on the wide range of influences that inspired Three 6 Mafia’s music.

“The whole East Coast, North East Coast – Public Enemy, LL Cool J, all those guys, [that’s] where I got my sampling techniques from listening to all those guys,” he said. “The bass and the dance of the beats, the bounce and all that came from Luke Skyywalker and 2 Live Crew, DJ Magic Mike and all those guys. The shit-talking came from Willie D, Geto Boys and N.W.A – just saying whatever the fuck.”