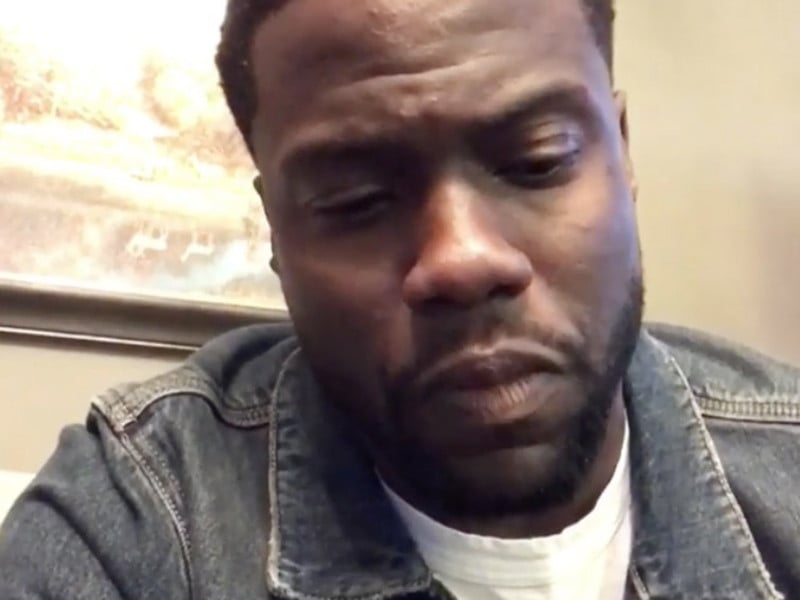 Kevin Hart has published a video on his own Instagram admitting that someone has been trying to extort him over “mistakes” he has made.

While Hart doesn’t explicitly reference what he’s being blackmailed over, reports have been circulating for months that he may have cheated on his pregnant wife, Eniko Parrish-Hart.

In the video, Hart takes responsibility for his actions and apologizes to his wife and children, saying that he’d rather “‘fess up” than allow somebody to profit from his mistakes.

“I’m not perfect. I’m not gonna sit up here and say that I am, or claim to be, in any way, shape or form,” Hart began. “And I made a bad error in judgment, I put myself in an environment where only bad things can happen, and they did.”

“And doing that, I know that I’m gonna hurt the people closest to me, who I’ve talked to and apologized to, my wife and my kids. It’s a shitty moment,” said the comedian and movie star. “It’s a shitty moment when you know you’re wrong and there’s no excuses for your wrong behavior.”

Sending so many apologies to my wife & kids. I gotta do better and I will. I'm not perfect and have never claimed to be …I love you all.

TMZ has further reported that there are three clips being used to blackmail Hart — one that shows Hart “getting cozy” with a woman in a club, one with two people in a bed possibly having sex (in which Kevin Hart can’t be seen), and a third that shows people “milling around a room” (again, whether or not it’s Hart is up for debate).

FBI sources have reportedly told TMZ that they have a suspect in the case, and that Hart was being blackmailed for at least $10 million. The alleged extortionist has since released a video, published by TMZ, splicing together interviews and audio where Kevin Hart talks about being faithful to his wife.

The audio is accompanied by Star Wars-style rolling text overlay that accuses Hart of “recklessly partying, drinking, doing drugs and having sex with multiple women at the Las Vegas Cosmopolitan Hotel.” The video’s creator also writes that she knows of other women who claim to have had sexual contact with Hart.