Necro Embarks On 1st Canadian Tour In 10 Years With Madchild 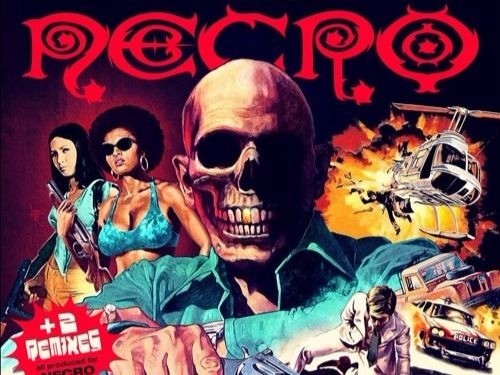 Necro and Swollen Members vet Madchild are teaming up for The Fuck Commercial Rap Canadian Promo Tour, which is in support of Necro’s latest singles, “Fuck Commercial Rap” and “Take Hip-Hop Back.” It marks the Brooklyn rapper’s first Canadian headlining tour in a decade.

“I look forward to destroying every show and meeting my Canadian fans in person after all this time,” Necro said in a press release. “Madchild will be on this tour, which is great, as the combination of us two on the same show will be a treat for the fans.”

“I can’t wait to get back home to Canada and I miss it like crazy,” Madchild added. “Going on tour with Necro is something that I’m totally looking forward to. I’ve gotten to know him playing shows together over the years, so I know we’re gonna have a blast on this run. He’s a legend in the game and one of the dopest underground rappers, but he’s also a super cool guy and we get along really well. Fans are gonna get one sick hip-hop show.”

The tour kicks off on October 5 and culminates on November 1.