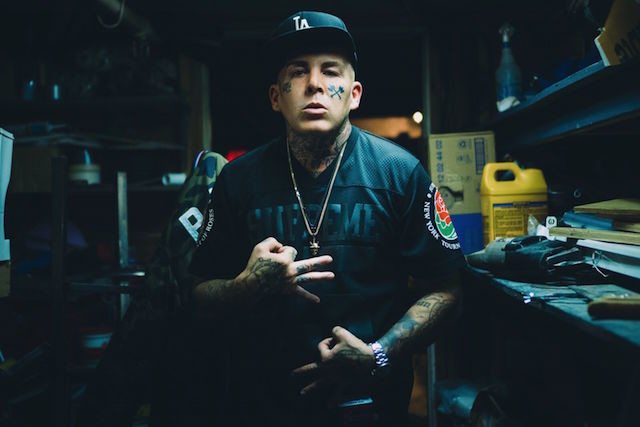 Los Angeles, CA – Madchild made a small blip on the radar early early this year with the HipHopDX-premiered “Man Down” video but fell back to finish up his new album.

Long time fans of the unapologetic Swollen Member can rejoice because the new album, The Darkest Hour, not only has some alluring features behind it, he’s taking the show on the road with an accompanying tour to officially shut down 2016.

“It has been a great experience making my new album The Darkest Hour with Evidence,” Madchild proudly exclaimed via a press release. “He’s always been one of my favorite MC’s and producers, as well as a good friend. The process of making this record at his studio really pushed me to be the best I can be. The result was exactly what I was looking for and this album feels a little more mature than previous releases, but still a natural evolution for me as an artist.

“I think this album will be a fan favorite, but it also has the potential to open up to a new audience.”

Check out the tracklisting for Madchild’s The Darkest Hour down below, which, will be blacking out on iTunes at the top of 2017. You can bet every cent you have in the bank this article will be updated with the album cover and stream once they become available.