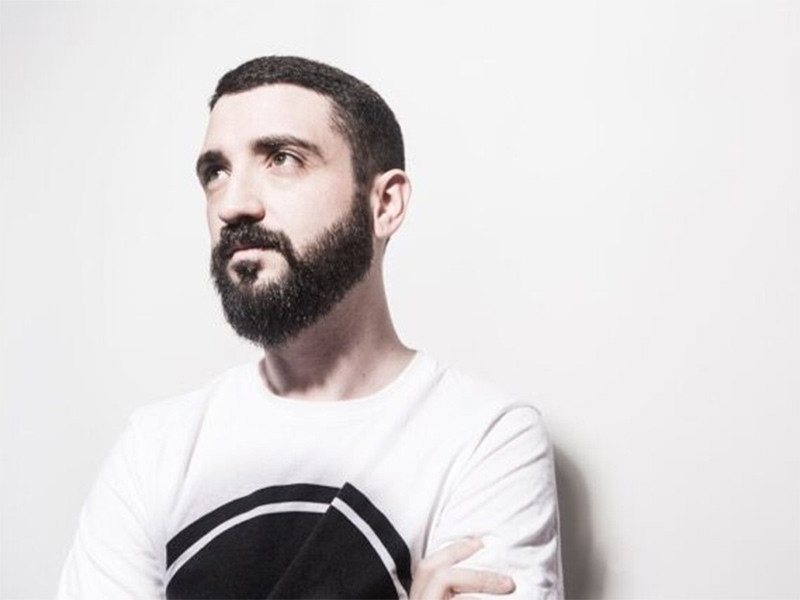 San Bernardino, CA – Any fan of EDM knows Doctor P is one of the original godfathers of the bass-driven Dubstep movement. For Hip Hop fans, the triple threat (musician, producer and DJ) has recorded with Method Man, Far East Movement and Jarren Benton throughout his career.

Having performed sold-out arenas in L.A., the legendary Coachella festival and a mind-blowing show at the Red Rocks Amphitheater in Colorado, Doctor P told HipHopDX this was his first time performing at HARD Summer.

Speaking with P (real name Shaun Brockhurst), at his artist trailer on Day 1 of Destructo’s 10-year anniversary HARD festival on August 5, DX asked about his passion for Hip Hop and how that ties into dubstep.

He explains, “I originally listened to Hip Hop. Before I discovered electronic music, I was always listening to Hip Hop. It was always like Wu-Tang, D12 and stuff. I kinda grew up in the whole Eminem thing in the early 2000s, so I was like probably 14 or 15 listening to Eminem’s first album. That was the first thing I heard that wasn’t like pop music — so it blew my mind.”

#dubstep DJ @doctorpcircus is not excited for #eminem's new album ? what do you guys think?

With recent news of Eminem’s new project coming as soon as this fall, Doctor P was far from intrigued.

“I don’t really follow Eminem anymore,” he explains. “I’ve gotten quite bored of him. I feel like he was really angry when he was in his early 20s and all his music was insanely angry. But nowadays he’s like middle-aged and not angry anymore. He’s faking the anger now — so the music doesn’t have quite the same passion for me anymore that it did.”

“I definitely prefer the older stuff. It’s cliché to say that the oldies are the best. But you got the odd track now like Rich Chigga … He’s a new guy but he’s got that old school vibe, big time.”

With Rich Chigga recently hopping on a trap record called “Gospel” with XXXTENTACION and Keith Ape, DX asked if Doctor P would be interested in a collab with the 17-year-old.

“No, not really,” he answers. “I would if he did the vocals on a banging dubstep track. But he’s a nice crossover for me. He’s got the vibe of an old school vocalist (sort of). Whereas Future and people like that, I can’t really listen to that stuff. I don’t know. They’re not cool enough for me. They’re cool in a different way. People like Wu-Tang and those guys, they were so cool in like a gangster way. But I feel like that gangster-ness is gone and that’s what I liked about Hip Hop originally.”

Still on the topic of collabs, Doctor P linking with Method Man on “The Pit” back in 2013 meant he needed a new Hip Hop artist to look forward to.

When asked what his fav Pusha song was, P answers, “’Burial’ is the one that everyone knows. It was the first one of his that really got my ears, so that’s the classic for me.”

As with any festival, the later the set time, the better. Before P was brought out to perform at 9:30 p.m., he quickly drew the connection between dubstep and Hip Hop.

“I feel like the vibe of dubstep is very Hip-Hop-y, like the grooves. I feel like if you take away the vocals from a Hip Hop track, there’s still a dubstep-iness to a lot of the beats. So, you take the vocals and put it on a dubstep track and it works.”