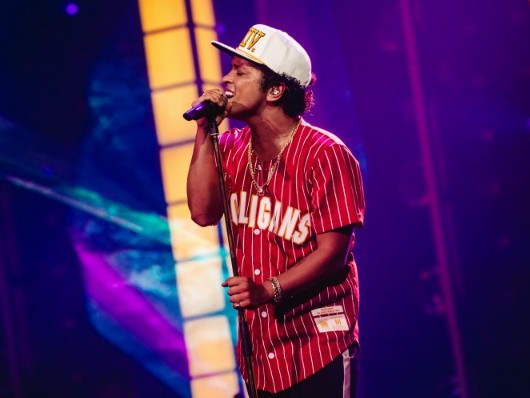 During last night’s leg of his 24K Magic World Tour in Auburn Hills, Michigan, he shocked the sold-out Palace of Auburn Hills audience by revealing that he was donating a cool million dollars to Flint Water Crisis victims.

Mars, 31, joins fellow artists such as Big Sean, Pusha T, The Game, DJ Mustard and, of course, Eminem in ensuring the people of Flint get back to an acceptable quality of life.

“I’m very thankful to the Michigan audience for joining me in supporting this cause,” Mars said in a statement. “Ongoing challenges remain years later for Flint residents, and it’s important that we don’t forget our brothers and sisters affected by this disaster. As people, especially as Americans, we need to stand together to make sure something like this never happens in any community ever again.”

With assistance from Live Nation, Bruno was able to allot earnings from the Detroit show to The Community Foundation of Greater Flint.

According to the organization’s mission statement, The Community Foundation of Greater Flint “serves the common good in Genesee County – building a strong community by engaging people in philanthropy and developing the community’s permanent endowment – now and for generations to come.”