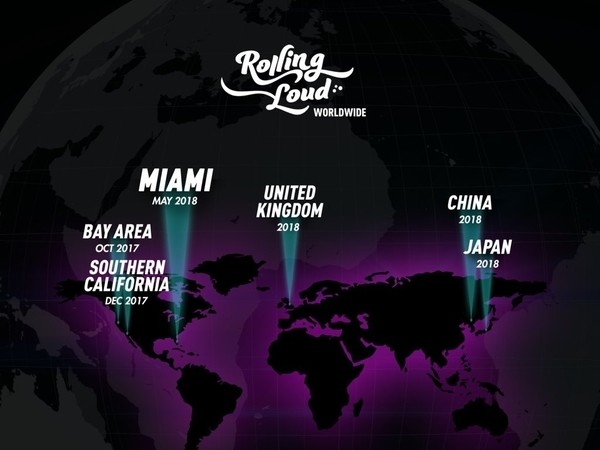 Miami, FL – The Rolling Loud Festival is ready to expand in just its third year of existence. Founders Tariq Cherif and Matt Zingler have announced global expansion plans that include off-shoot festivals beginning later this year.

“Rolling Loud is the #1 Hip Hop festival in the world,” Cherif said in a press release. “After selling out three consecutive years in a row in Miami, it’s time to take the Rolling Loud experience on the road. Rap music is the most popular and fastest growing genre of music, and the world deserves to experience curated lineups of its champions.”

Rolling Loud is currently scheduled to run in the Bay Area on October 21 and 22 before heading to Southern California for December 16 and 17. The festival’s growth reaches outside of the United States in 2018 with events slated for the United Kingdom, China and Japan.

“Each show will feature a different assortment of Hip Hop’s biggest superstars as well as underground heavyweights,” Zingler said. “Miami will remain as our home and premier event as we establish the Rolling Loud brand around the world.”

Rolling Loud is set to return to Miami in May 2018.