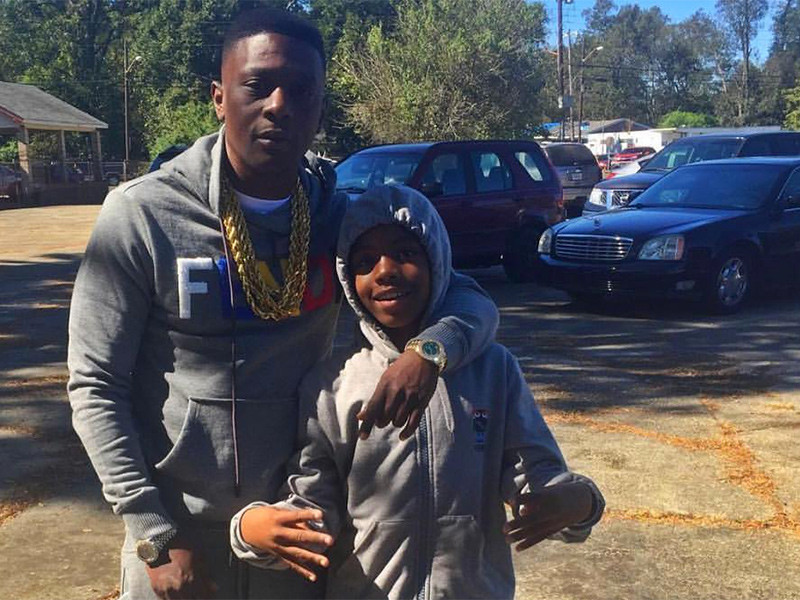 Boosie Badazz Claims He Was Clowning About Lewd Gift For Son

The internet lost its collective mind on Monday (August 7) when Boosie Badazz suggested that he would get a woman to perform oral sex as a gift for his son’s birthday. In light of the outrage, the Baton Rouge rapper now says it was all joke.

“I was just clowning on Instagram,” he told TMZ while smirking. “I ain’t gonna get him no head. I ain’t gon’ bring nobody, gon’ get him no head but if he wanna get some head from a girl, he’s 14 years old. I’m cool with it. Yeah, fucking at 14, so you know … Fucking is popular at 14, 15 years old. That’s when they be in heat. You know, but I’m not just gonna bring a girl to give him head. You know but from what I know, he got head before.”

Watch Boosie defend himself below.

As a father, Boosie Badazz presumably wants to give his young son the world. According to an Instagram post made early Monday morning (August 7), that includes lewd gifts.

The Baton Rouge rapper posted a photo of himself and his son with a caption that read, “Happy gday @tootie_raww love you son with all my heart Pops see u tomorrow got a bag for you n a bad bitch to give u some head.”

Happy gday @tootie_raww love you son with all my heart Pops????see u tomorrow ???got a ?bag for you n a bad bitch to give u some head ?u already know how I do it Tootie Raww the mixtape dropping Oct.1st

Conflicting reports claim the child is either seven or 14 years old, although lyrics from a 2014 video seem to show Tootie saying he’s eight back then.

Boosie also used the post as a promotional tool, adding, “u already know how I do it Tootie Raww the mixtape dropping Oct. 1st.”

Naturally, this got the internet in an uproar with many claiming child abuse.

At this point, it’s unclear if Boosie is serious or simply made a tasteless joke. Whatever the case, many people are calling foul.

A great father teaches his son how to respect women. Boosie's a fucking moron. And the 27k that liked that post are fucking morons.

Boosie a trash parent, a trash rapper, just an all around trash ass nigga tbh and that's an understatement.

My first 2 years of psychotherapy were with sex trauma survivors and perpetrators. Men whose fathers did exactly like Boosie.

Good morning to everyone besides Boosie. This sounds, among many things, like a parole violation. pic.twitter.com/fF3YVZyPg8